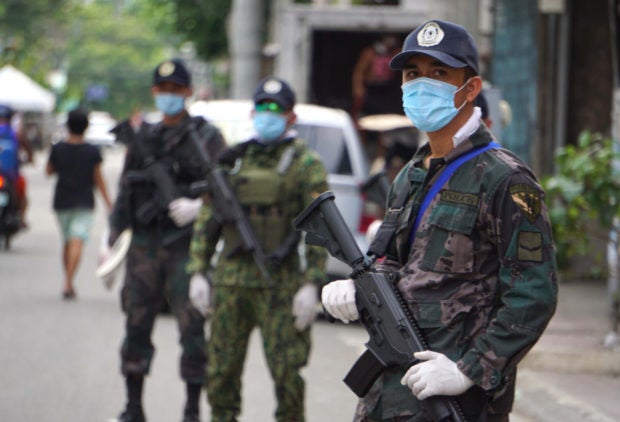 “This has to be financed by government,” Duterte said in his briefing on Monday night. “Contact tracing means that people who are doing the actual tracing will have to travel the place where the person in question resides.  We need vehicles,” he said, speaking partly in Filipino.

Noting the presence of Interior Secretary Eduardo Año at the briefing, he said, police vehicles would ferry contact tracers up to the boundary of the next town or city. They would have to transfer to police vehicles from the station in that area to get to their destination,

Duterte said he did not want to put an additional burden on the police force, but the situation called for the help of every government agency.

The police, as well as the barangay chiefs, have the resources to help in contract tracing, he said.

“That would be the fastest way of doing the tracing,” Duterte said. “If only we had money and vehicles, I wouldn’t trouble the police. But since there’s none, the police has to sacrifice and contribute to the solution of the problem now.”

Meanwhile, he also reiterated his promise to provide legal help to police officers facing charges arising from the performance of their duties.

“My police officers, since you cannot say anything bad about me because I support you, I give you my full support. And for those who have cases that are duty-connected, just wait, I will help you all.  I’m just asking for your help our country now. Walk the extra mile to help our country,” he said.

Tracing the possible contacts of COVID-19 patients has been a major concern, as the contact tracing czar, Baguio City Mayor Benjamin Magalong, said that only 0.68 percent of the 600 local government units (LGUs) had a .

Magalong noted that only 600 LGUs were assessed because these are the only ones who replied when the government sent out diagnostic questionnaires to over 1,900 local governments.

In a related development on Sunday, Vice President Leni Robredo revealed that a friend of hers, a doctor in Pasay, recently received questions from the Department of Health (DOH) about despite her getting the coronavirus last April and already having recovering before May.

Meanwhile, the DOH earlier warned the public against to steal personal information. According to the DOH, it does not have any contact tracing team.