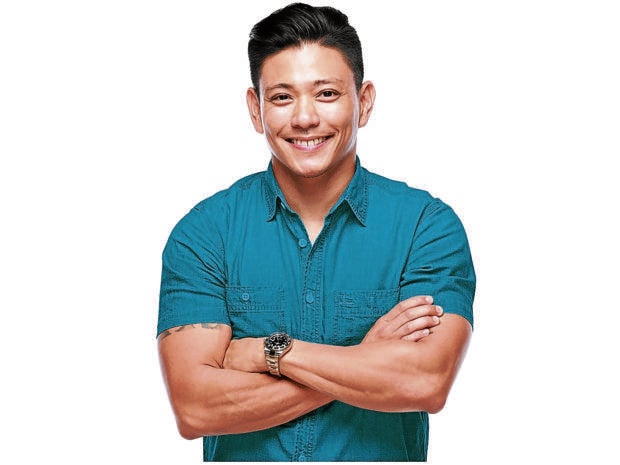 Because of the Covid-19 pandemic, Drew Arellano has found himself spending more time at home. And that, in turn, he feels, has allowed him to grow as a family man. “I’m the one usually outside, so that has been the major adjustment we experienced the past couple of months. But the effect of quarantine … it made me better in terms of being a father and husband,” he told the Inquirer in a video conference.

Drew has three children with wife Iya Villania: their boys, Primo and Leon, who are turning 4 and 2, respectively, this month; and daughter Alana Lauren, who was born last July.

“I’m fortunate to have little ones, because they give me so much happiness every single day,” said Drew, who currently hosts the new lifestyle show, “Family Time”—a part of GMA News TV’s “New Normal: The

Survival Guide” series, which aims to discuss various topics related to life in the new normal.

If there’s one thing to be grateful for in these times, it’s being able to spend more quality time with the kids. “It’s golden,” Drew stressed. “I grew up thinking that family should be the top priority. Work is second. That has always been my mindset. And this is something I want to do even after things return to normal.”

While he misses going on adventures as he so often does for his travel show, “Biyahe ni Drew,” time at home is priceless. “I miss the sea, submerging myself and tasting salt. We shoot two days a week and I miss waking up at 5 a.m. and experiencing the serenity alone,” he said. “But spending [time with] my family trumps that feeling.”

Show biz has been one of the hardest hit by the quarantine. And the flow of projects has considerably slowed down for many celebrities. But if the going gets tough, Drew is prepared to hustle.

“A lot of people know that I’m a joker, but I’m serious when it comes to fighting to make my family comfortable,” Drew said. “I grew up being super independent. I left our house when I was just 20 years old to have my own business, and didn’t have to ask for money from then on. Having said that, seeing other celebrities creating opportunities for themselves and exploring new ways to earn is nothing short of admirable.”

“Some of us are fortunate to have that ‘soldiering on’ and ‘I will pivot because I don’t want to perish’ kind of mindset. It’s the kind mindset that allows us to say, ‘OK lang, I will scale down my lifestyle, because I’m not earning the same amount of money that I had been earning prepandemic,’” he related.

In “Family Time,” which airs on Fridays at 8:30 p.m., Drew shows what he’s like as a father at home, and features experts who can give parents valuable tips on how to juggle working and raising children at home.

“We can ask these experts how to build strong relationships, how to create a safe and happy home. We also hope to show simple and fun activities that parents and children can enjoy together. We will talk to families dealing with the new normal. And hopefully, we also get to talk to people about love and relationships in this period. Relationships are an important aspect of our lives right now—whether within the household or social media,” he explained.

The good thing about working from home, he joked, is that it forced him and Iya to make the rooms look “presentable” for filming. “We turned one of the rooms into a makeshift studio … It’s also where Iya does her work for ‘24 Oras,’” said Drew, who doesn’t mind his children interrupting his shoots.

“Most of the time, the shoots aren’t serious, so I let the children walk around. But if it’s a serious interview, I’d tell Iya to look after them. But if they cry and the audio catches that, then there’s nothing we can do,” he said, laughing. “We don’t live in a soundproof mansion, so we gotta do what we gotta do.”