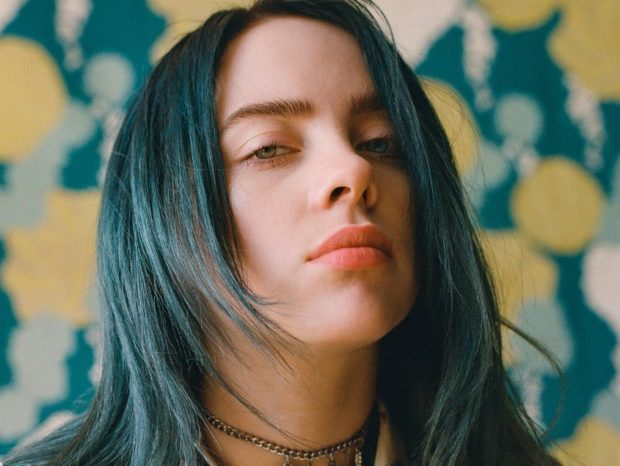 Billie Eilish started the quarantine season thinking that she wouldn’t be able to make music. The first three weeks had her feeling “fully uninspired,” she admitted, and the idea of working on new material simply didn’t interest her at the time.

“I don’t know why. It was annoying, though, because it’s the kind of thing (writing) you want to be doing in quarantine. But I couldn’t … I wasn’t feeling it,” the pop star admitted in an interview with DJ Zane Lowe on Apple Music radio station, Beats 1.

But somehow, somewhere along the way, her mood and mind-set did a 180-degree turn. Suddenly, she and her brother-collaborator Finneas O’Connell, have been creating nonstop—“it’s insane.” And she doesn’t think she has ever worked so much and so fast in so short a time.

“We’re working more than ever. Not only that, I’m loving it for the first time in my life,” the 18-year-old artist said in a recent episode of “New Music Daily,” also on Apple Music’s Beats 1. “I don’t know. I just feel in such a spot.”

Reflecting on her and Finneas’ creative process, Billie feels that they have come a long way.

Known for her whispery vocals and her dark, but playful, electropop sound, Billie was 2019’s breakout star. Her debut album, “When We All Fall Asleep, Where Do We Go?” enjoyed massive commercial success and critical acclaim: It ended as 2019’s bestselling album, and won for Billie five Grammy awards, including album of the year.

But there’s no room for complacency: There’s still a lot to learn and changes to anticipate.

“It’s interesting, the things that you learn through touring and through time. We forget that, I was like 15, when we made ‘When We All Fall Asleep.’ Think about that. Think about you at 15. And then you at 18. So, it’s crazy what changes happen and how much you learn,” she said.

One of the tracks Billie and Finneas have completed during the lockdown is her new single, “My Future,” which they wrote in only two days.

“That’s crazy fast for us … We wrote it like a month into quarantine, probably. And it was pouring rain. Oh, it was such a perfect setting,” related Billie, who can be quite meticulous about her vocal tracks, so she usually does different takes. “This was such a satisfying process.”

Personal growth seems to be the overarching theme for the American singer-songwriter these past couple of weeks. And “My Future” reflects that.

The quarantine has unwittingly taken her out of her comfort zone, because she has always depended on other people. Now, she’s forced to be her own company.

“It’s growth … I feel like, at least for me, I spent years and years relying on having someone. As soon as I didn’t have someone, I got somebody else. And I’m not just talking about relationships, I’m talking about everything. I could never be alone,” Billie said.

“I just felt like I needed that growth. I needed a moment to myself and I got it. It was so much harder than you think, not having to rely on people … to just have yourself to rely on … It’s a new feeling. And I really wanted to talk about it,” she added.

The more she listens to “My Future,” the more she feels its relevance to her, especially in light of the current situation, amid the COVID-19 pandemic. And while there may come a point when “hope itself feels hopeless,” she believes that we will eventually pull through.

“I remember getting home from tour and being like, ‘We will probably be back out in two weeks,’” said Billie, who had to cut short her “Where Do We Go?” world tour, which was supposed to make a stop at the Mall of Asia Arena on Sept. 5. Local promoter MMI Live said the Manila concert is being “proactively rescheduled” with an “abundance of caution.”

“We will get out of this, you know what I mean? It might take years, but we will be OK eventually,” Billie stressed. “We should have hope because there’s stuff to look forward to in the future, even if it’s far as hell or even if it’s tomorrow. We don’t know what’s to come.”