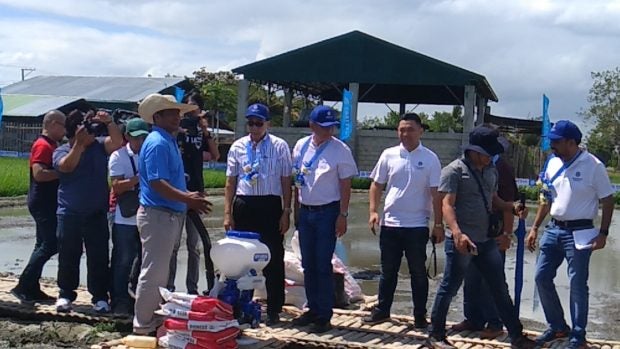 Dar led the the inauguration of a Rice and Corn Education Farm (EduFarm) at the village of Homestead II here, which is among 80 EduFarms in the country.

According to Dar, the warehouses will be equipped with dryers and will be put up in eight areas in the province, including this town.

Dar said the fund for the warehouses will come from the department’s budget outside the Rice Competitiveness Enhancement Fund, which gets shares from tariffs paid for rice imports.

Each facility costs P5 million and funding will be released in the next three months, Dar said

Dar was joined by officers of Corteva Agriscience, a hybrid rice and corn producer, when he visited the demo Edufarm, which included growing lots and training shed that provide “close up experience of the project.”