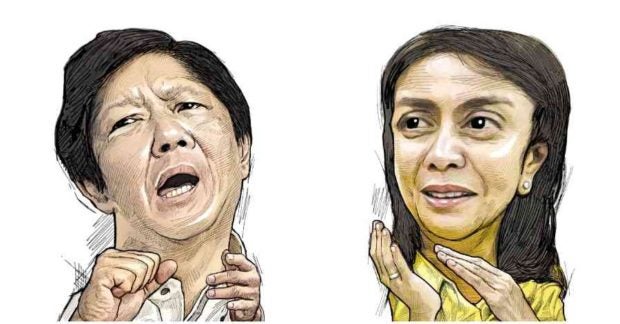 Peralta whose hometown is Laoag City, Ilocos Norte was the author of the decision that allowed former president Ferdinand Marcos to be buried at the Libingan ng mga Bayani.

“It is not correct (to say) that I have been favoring the Marcoses. This is only the decision that I favor the Marcoses. It is only in the burial,” he told reporters.

“In the case of the burial, there is no law or even a resolution prohibiting the burial of a former President [at the Libingan ng mga Bayani] so what shall we do, we cannot resolve cases based on public opinion. We should base our decision on the evidence, the facts, and the applicable laws,” he added.

With regards to the Marcos poll protest, Peralta said: “If you ask me what I would do as Chief Justice on the petition, as I said I would decide the case, although I am not the ponente (justice-in-charge) on the evidence and the law applicable, you can be assured of that,”

Last month, the Presidential Electoral Tribunal (PET) disclosed that after the recount, revision and re-appreciation of ballots from the three pilot provinces in Camarines Sur, Iloilo and Negros Oriental Robredo’s lead increased from 263,473 to 278,566.

However, instead of dismissing Marcos’ petition which is what is stated under the PET rules according to dissenting justices Antonio Carpio (now retired) and Alfredo Benjamin Caguioa, both parties were given 20 days to comment on the result of the recount, revision and re-appreciation of ballots. Robredo was also required to comment on Marcos’ bid to nullify election results for Vice President in Lanao Del Sur, Basilan and Maguindanao on the ground of terrorism, intimidation and harassment of voters, as well as pre-shading of ballots in all of the 2,756, protested clustered precincts in the areas.

Both parties then filed separate manifestations asking that they be allowed to photocopy documents related to the pilot provinces and the 20 day period given to them to submit a comment be extended.

“I think you are aware that there was a resolution of the court penned by SC Associate Justice Marvic Leonen that we require the parties to comment on the pending motions. We did not dismiss the protest yet, it’s that we gave the findings of the PET on the contested precincts in the three provinces; and we also require the other parties likewise to comment on the motion on the third cause of action as to whether or not for the PET to continue with the third cause of action that Senator Marcos alleged in his protest,” Peralta, who chairs the PET, said.

Peralta said they have granted the request for a photocopy of both parties.

“Once they have photocopied the needed documents, both parties are required to submit their comments within 20 days from the time they finished with copying the documents,” he added.