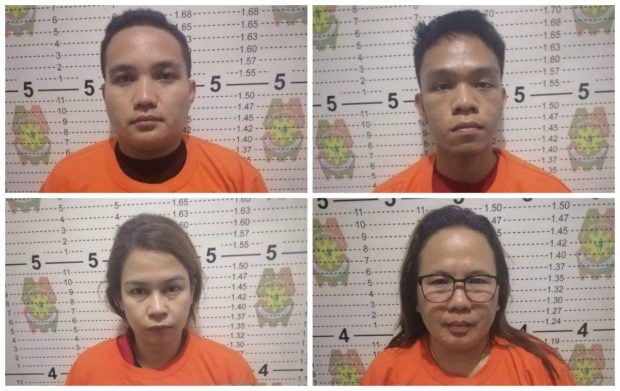 MANILA, Philippines — Four suspects allegedly running an investment scam were arrested in an entrapment operation by operatives of Criminal and Investigation Detection Group (CIDG) of the Philippine National Police (PNP) in Quezon City on Friday afternoon.

In a report on Saturday, the  CIDG identified the suspects as Mary Jane Aberos, Richelle Hernandez, Jarwin John Balosca, and Reo Mark Borbon.

The PNP launched the operation after an unnamed complainant claimed that a certain Broilerprenure Corp. is allegedly soliciting money for investment with a promise of a 100% interest payout after 40 days, but 12% will be deducted as facilitation fee, making the return on investment at 88%.

The complainant was planning to invest his P50,000 worth of cash but sensed that the investment was a scam.

Police said the corporation, based in Quezon City, solicited investment money from residents of Bulacan and nearby provinces.

The CIDG in Bulacan launched a surveillance operation and launched entrapment operation at the firm’s office located on West Avenue, which led to the arrest of the suspects.

CIDG will file complaints of direct assault, resisting arrest and disobedience against the suspects.

A case for violation of Republic Act 8799 is also being readied against the suspects.