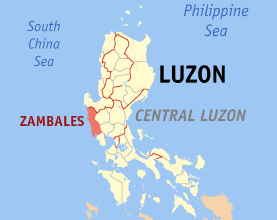 MANILA, Philippines — Members of the Philippine National Police-Anti Kidnapping Group (PNP-AKG) rescued a Chinese woman who was kidnapped by Chinese men in Zambales.

The abducted worker, 27-year-old Ming Xuangbo, was a personal assistant in a firm holding office on Zambales Highway in Subic Bay Freeport Zone, to Col. Jonel Estomo, head of the PNP-AKG said on Wednesday.

The company promised to pay her 12,000 renminbi every month. On learning that the company was involved in illegal online gambling, Ming decided to resign.

But her employer prevented her from leaving and detained her at the office building. She could not leave unless she could pay 19,000 renminbi.

Using an online messaging app, Ming sent her friend a photo of her being detained.

The friend called the authorities for help.

The suspects were locked up at the PNP-AKG office in Camp Crame, Quezon City, pending the filing of a case against them for kidnapping for ransom with serious illegal detention.