Chilean police suspend use of pellet guns against protesters 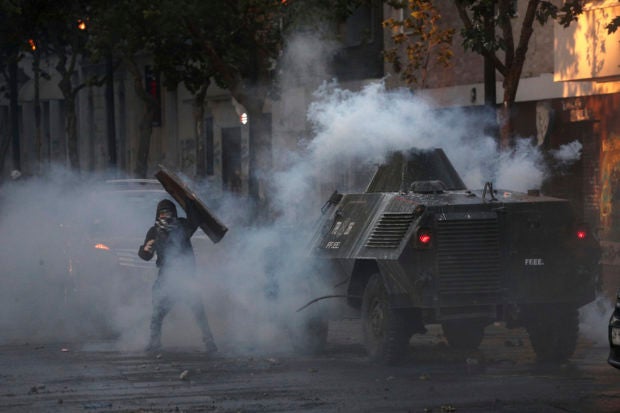 SANTIAGO, Chile — Chilean police are suspending the broad use of pellet guns that have wounded thousands during protests and left more than 200 people without sight in one eye.

National police director Mario Rozas said Tuesday that pellet guns will now be used only in extreme cases, in which the lives of civilians or police are at risk.

Rozas has been widely criticized for the use of force by police against mass demonstrations over inequality that has gripped Chile for 33 days.

Human rights groups have been flooded with reports of people injured by projectiles.

Representatives from Amnesty International, the United Nations, the Inter-American Commission on Human Rights and Human Rights Watch are in Chile to investigate the use of force by police.