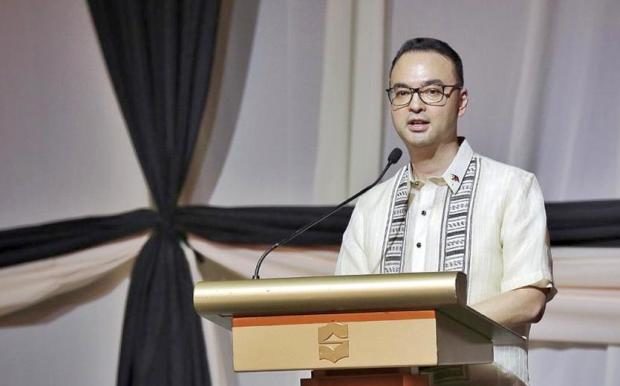 MANILA, Philippines — House Speaker Alan Peter Cayetano is proposing the creation of a government agency that would focus in the field of creative and performing arts in the country.

In a press briefing on Monday, Cayetano said the Department of Arts and Culture would likewise, focus on the development and promotion of the said field around the world.

“So, personally I’d really like to have a Department of Arts and Culture, and magfo-focus ito sa performing arts and also marketing artwork ng mga Pilipino around the world,” Cayetano said.

(Personally, I’d really like to have a Department of Arts and Culture that will focus on performing arts and also market the artwork of Filipinos around the world.)

(Yes there are people who will lose their jobs in ABS-CBN, but there is no reason to not have a golden age of Philippine cinema of Philippine performing arts.)

Cayetano said that the government should support the talent of Filipinos in the field, as he cited how South Korea invested in the Korean Wave, K-Pop, and K-Drama over the past years which have benefitted their country.

(The emergence of K-Pop and K-Drama, that’s not an accident. The private sector, government planned it and performing artists really studied it. So you know, it’s a level up.)

In this regard, Cayetano said that the Philippines should have an advantage since Filipinos are adaptable.

Meanwhile, Cayetano also pointed out that the government should also focus on the field of fine arts.