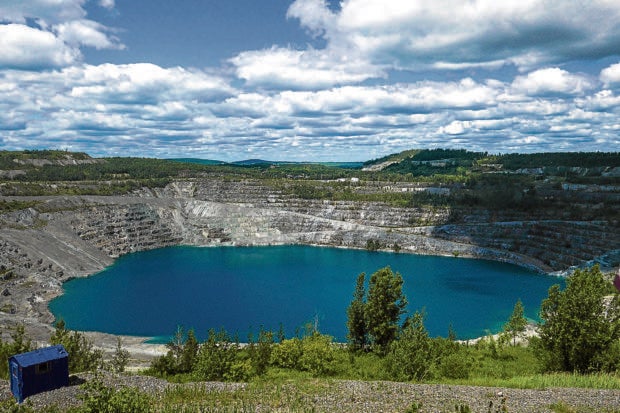 TORONTO — Residents of the town of Asbestos in the Canadian province of Quebec have voted to rename their community in a move to distance it from the once-ubiquitous mineral now recognized as being extremely poisonous and linked to lung and other cancers.

The town, formerly home to one of the world’s largest asbestos mines, voted 51.5 percent in favor of changing its name to Val-des-Sources over five other options, according to results announced on Monday from a four-day referendum.

“It’s a name that represents our area, and especially, it’s inspiring for the future,” the town’s mayor, Hugues Grimard, said on Monday.

The new name, which means Valley of the Sources in English, refers to the community’s location at the confluence of three lakes and represents “the fusion of our history and our roots,” according to the town’s description.

Residents of Asbestos, 150 kilometers east of Montreal and home to about 7,000 people, concluded the balloting on Sunday, with anyone over the age of 14 allowed to vote, the town said.

The town council approved the name on Monday night, although the change has several bureaucratic hoops to jump through. Grimard said he hoped the name change would be made official before December.

The town was built in the late 1870s after the discovery of a deposit of asbestos nearby led to the creation of the mine.

Asbestos was for years considered essential as fireproof insulation, among other uses in construction. It even figured in popular culture, with a 1935 song, “I Won’t Dance,” featuring the lyric: “For heaven rest us, I’m not asbestos.”

But by the early 1970s, asbestos was widely recognized as the primary cause of mesothelioma among workers involved in producing it and in industries that used it in their products.

The mine in Asbestos ceased operations in 2011.

“Once upon a time, we have been very proud of that name, but now it’s very difficult because asbestos means a fiber that people are afraid of,” Louise Moisan-Coulombe, mayor of the town from 1997 to 2002, told the Canadian Broadcasting Corp. on Sunday.

“Every time you say, especially in the United States, that you are coming from Asbestos, or they read Asbestos on a package, they are always afraid that it will be poison.”