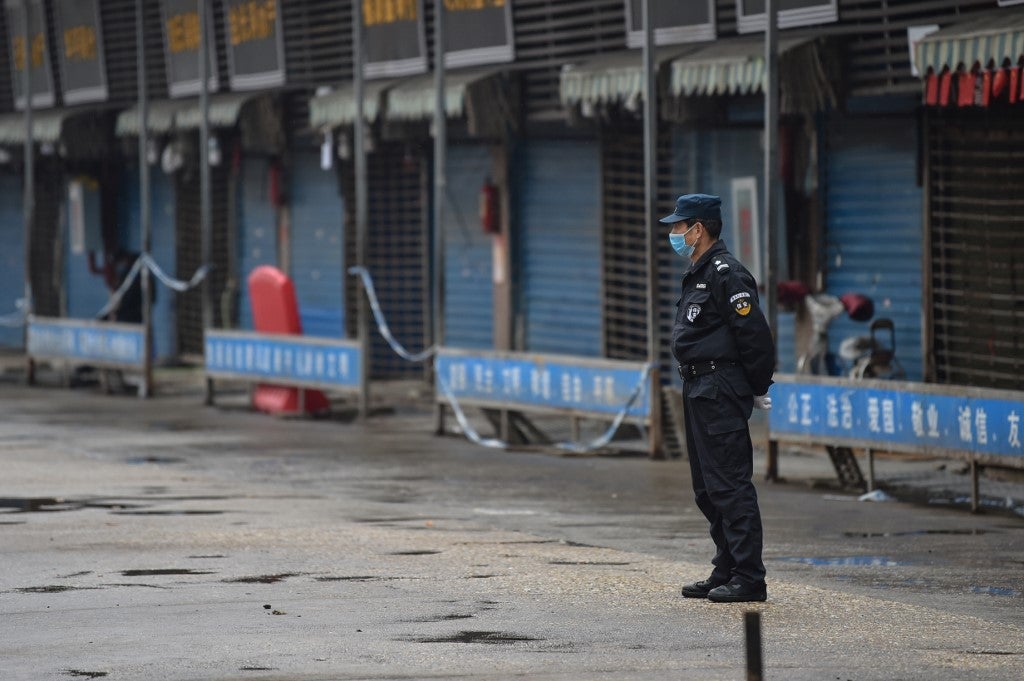 A security guard stands outside the Huanan Seafood Wholesale Market where the coronavirus was detected in Wuhan on January 24, 2020  (Photo by Hector RETAMAL / AFP)

MONTREAL, Canada — Canada’s first “presumptive” case of a new coronavirus has been detected in a man who returned to Toronto from the Chinese city where the virus first appeared, health officials announced Saturday.

“We have the first presumptive case confirmed of this novel coronavirus here” in Toronto, Eileen de Villa, head of the city’s public health agency, said at a press conference.

The patient, a man in his 50s, had been staying in Wuhan, the epicenter of the outbreak of the virus, which first appeared in December.

He returned to Canada on January 22 and was admitted to a hospital in Toronto the next day, said Barbara Yaffe, deputy chief medical officer for the province of Ontario.

The man has been placed in solitary confinement, and a laboratory in Winnipeg will test samples to determine if he is indeed infected with the Chinese coronavirus.

China has taken drastic measures to combat the new virus, which has already claimed 54 lives.

Wuhan and more than a dozen other cities in Hubei, the province where the virus first broke out, have been locked down in a rapidly expanding quarantine effort marked by transport shutdowns and other restrictions on movement.