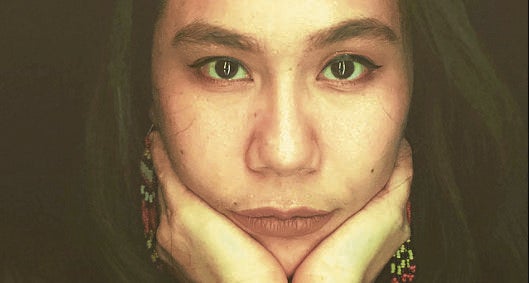 For a large part of her musical journey, Jessa Mae Gabon remained behind the scenes, writing and producing songs not only for herself, but also for television shows abroad. She did jingles, worked as a vocal coach and backup singer.

And if you love karaoke, there’s a good chance you might have already heard her voice in the backing and vocal guide tracks.

But while she thrives on being involved in the creative process, there’s still a part of her that wants to be recognized as a performer. After all, her love for music really developed during her heyday as a child kontesera.

“I continue to write and produce music … join contests. I want to put my work out there, to find a platform. I want to continue pursuing music because it could lead me to other passions and interests, which could all end up merging together,” she told the Inquirer in a virtual interview.

Jessa Mae has released three singles so far under RJA Productions: “Ensayado” and “Ikaw ang Tanging Alam,” which are original compositions; her latest, “Ngunit Dahil Sa ‘Yo,” on the other hand, is a revival of a 1980s song.

“Aside from writing my own music, I also love coming up with my own interpretation of other songs and giving them my own flavor,” Jessa Mae said, adding that working as a multiplex singer helped her diversify music taste and made her a more versatile vocalist.

“I grew up loving ballads. But the work exposed me to various genres and artists. And because I had to make my voice sound as similar to that of the tracks’ original singers, I ended up learning different techniques,” she added.

Jessa Mae has entered such contests as “Batang Kampeon,” “Pinoy Pop Superstar” and, more recently, “Tawag ng Tanghalan,” where she ended up competing in a lock-in taping during the enhanced community quarantine.

As a composer, she reached the grand finals of the Song of Praise Music Festival, where her entry, “Be My Everything,” was interpreted by Kyla.

Another proud moment for the 29-year-old singer was being tapped in 2017 to be part of a pool of songwriters and producers for “Junction Tree,” Singapore’s first bilingual educational television series. The show is produced by Mediacorp—that country’s national television network.

“I worked for them for five seasons. It was surreal. I have always been an advocate for children’s literature. I have always wanted to get into educational programs and activities,” related Jessa Mae, who finished broadcast communications at the University of the Philippines Diliman. “And then came that opportunity, which allowed me to do things I’m passionate about.”

Aside from pursuing a music career, Jessa Mae also works as a project developer for the Department of Agriculture. Aside from releasing mainstream songs, she also hopes to use her talents to produce music and multimedia content for indigenous peoples, as well as indigent children.

“I have always believed in incorporating advocacies into my music. My song ‘Ensayado,’ for instance, is about mental health and anxiety,” she pointed out. “My dream is to hold an intimate gig with people who share the same passions and care to dig deeper into songs.” —Allan Policarpio INQ