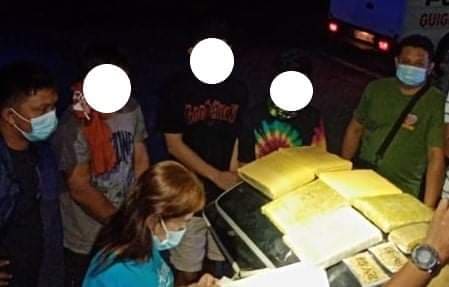 Investigators said the three were caught selling marijuana to an undercover agent during the operation at a village in Guiguinto.

They will be charged.