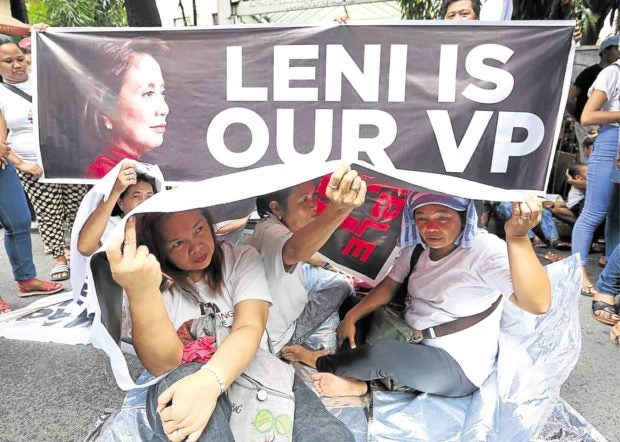 “The said case remains pending and is still being deliberated [on] by members of the tribunal,” lawyer Brian Hosaka, Supreme Court public information chief, said in a text message.

The PET was expected to decide whether or not it approves the report submitted on Sept. 9 by Justice Alfredo Benjamin Caguioa regarding the revision of ballots in three provinces identified by the Marcos camp as allegedly marred by fraud, namely, Camarines Norte, Iloilo and Negros Oriental.

The son of dictator Ferdinand Marcos filed the electoral protest after losing to Robredo by a margin of some 260,000 in 2016.

Whatever the tribunal decision, Robredo lawyer Romulo Macalintal said, it would only resolve whether or not the protest case would continue. Robredo remains Vice President, he said.

President Rodrigo Duterte “will not intrude” in the case, Malacañang said.