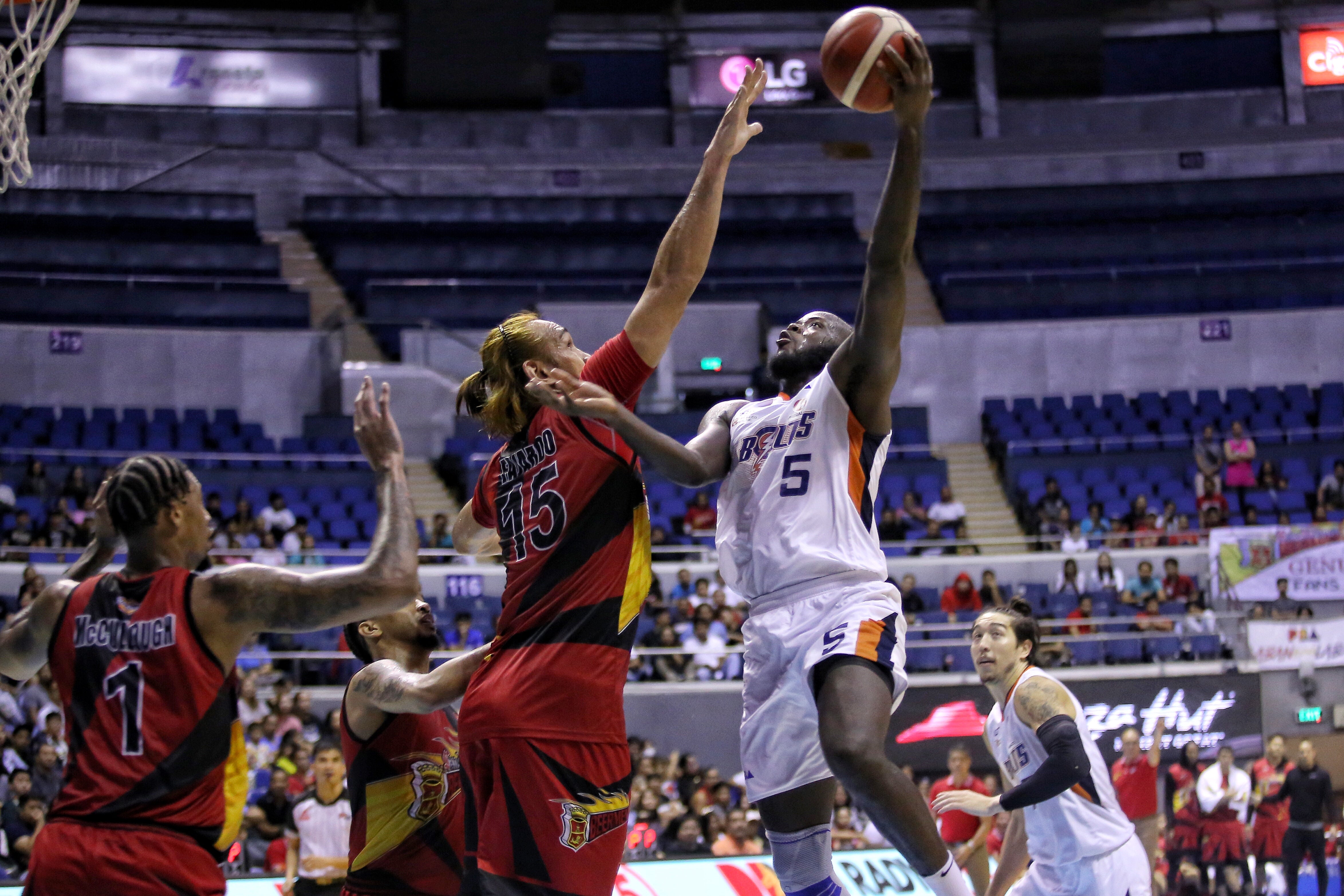 Meralco, unlike its knockout foe in Alaska, will be taking a winning feeling going into their crucial clash for the last playoff slot in the PBA Commissioner’s Cup.

The Bolts will come into the 7 p.m. contest at Mall of Asia Arena in Pasay still high from a 95-91 upset of San Miguel Beer on Wednesday, but coach Norman Black believes that he saw better games from his wards in two losses before that.

“[I]t was good to see the improvement of the team over the games before, particularly the one we played out of town in Zamboanga,” Black said, referring to the tussles with Magnolia and NorthPort.

The Grand Slam-winning mentor said the two letdowns have equipped them with the right mind-set as they plunge into tougher tests, this one in particular.

The Aces, meanwhile, have lost their last five games, hence this predicament.

The winner of this match goes on to advance but will  face a mammoth task to keep staying alive—beating No. 1 TNT two straight times in the quarterfinals .

The Bolts have not missed the quarterfinals here since the 2011 season.