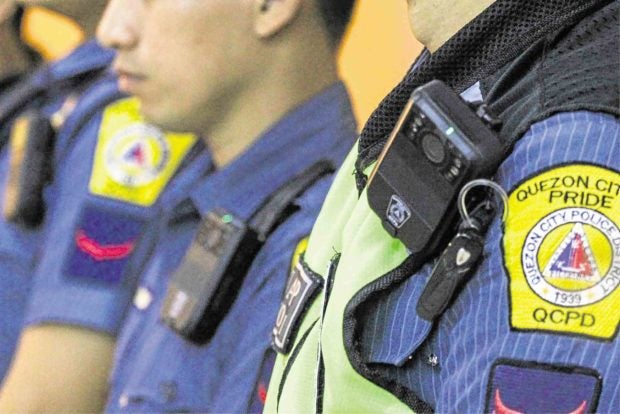 MANILA, Philippines — A two-year-old idea to make body cameras part of police’s standard equipment, deemed needed to make drug raids and buy-bust operations transparent, is taking shape and may soon be a reality, according to the acting chief of the Philippine National Police (PNP).

Lt. Gen. Archie Gamboa, officer-in-charge of the PNP, on Monday, Nov. 11, said he had directed the PNP’s Bids and Awards Committee (BAC) to finish by the end of this year the post-qualification process for six suppliers who are bidding for the project.

Gamboa said if the bidding process was successful, the delivery of body cameras could be made in the second or third quarter of 2020 and policemen would be able to use the equipment by that time. He said at a press briefing in the PNP headquarters, Camp Crame, that more than 3,000 body cameras were needed.

The demand for police to equip their men and officers with body cameras followed the killing in 2017 of 17-year-old Kian Delos Santos, who had been killed by policemen in an operation in Caloocan City. Police had claimed that Delos Santos was killed when he resisted arrest, but security footage in the area where he was picked up showed policemen dragging him to the place where he was executed.

Delos Santos’ killing drew outrage and became a symbol of the bloodshed that characterized the campaign against drugs.

The PNP initially wanted to purchase 12,476 body cameras by June 2018 after the government allotted P334 million for the pieces of equipment. Until now, no bidder has been selected by the PNP.

Gamboa, who chaired the PNP’s BAC under then PNP Chief and now Sen. Ronald “Bato” Dela Rosa, said three police officers in the technical working group that was going over the bids had extorted money from one of eight bidders in exchange for the contract to supply the body cameras.

But the deal fell through after the bidder, and seven other companies, failed to qualify, prompting the bidder to report the extortion of the three officers, Gamboa said.

“When we recaliberated it, I said before the end of December it should be finished because the money is going to expire,” said Gamboa, referring to the post-qualification process. Budget allocations for projects that have not started are reverted to the National Treasury.

Of the current six bidders, the lowest bidder was already disqualified “by reason of eligibility documents.” Gamboa said the technical working group is now conducting a post-qualification process on the second bidder.

Once available, the body cameras will be used at police checkpoints and during operations and other police activities./TSB

Solons, journalists among those to receive Rotary Golden Wheel Awards