Suppose a Kid from the Last Dungeon Boonies Moved to a Starter Town? - Episode 04 [English Sub] 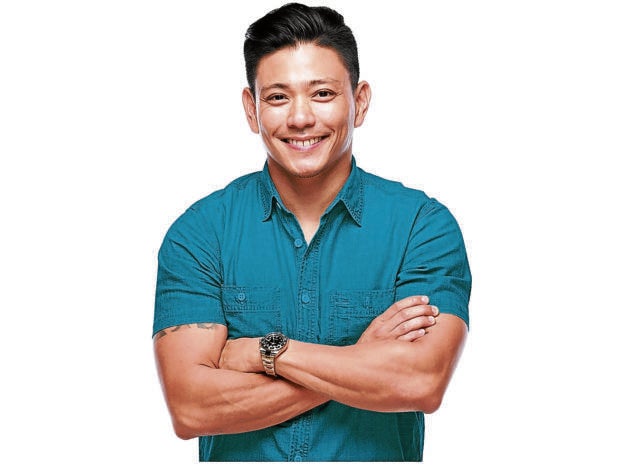 In his work as a travel host, Drew Arellano every so often stumbles upon new places so beautiful and unadulterated he ends up having second thoughts about featuring them on his show.

While his goal is to show the audiences the best the Philippines has to offer, it’s only prudent, he pointed out, to make sure that the municipalities in charge are prepared for the potential influx of tourists.

“There had been lots of instances like that … And so we ask the local government units, ‘Are you ready? Because once we air this, people will start to come. Is there already a system that will allow tourists to experience this beautiful place? What of cleanliness or sanitation?” he told the Inquirer in a virtual conference for “Biyahe ni Drew,” which started airing new episodes last Nov. 13 on GMA News TV.

“Sometimes, they would feel, ‘Sayang, the place has yet to be featured.’ And true enough, in visiting some of the places shown to us, they had to clear the path for us with blades because they don’t get regular visitors,” he said. “We would go like, ‘It seems like guidelines haven’t been set yet.’ And we worry about whether the beauty of the place will be maintained.”

But, on the other hand, featuring such places may just be the push the locals need to set things in motion.

“Sometimes, it could be a baptism of fire of sorts for the municipalities. When they realize that people will want to come, then that’s the time they will act and set their own guidelines … let’s huddle, let’s talk about it, let’s plan. That could start something good, or a domino effect,” he pointed out.

The comeback episode of “Biyahe” had the Kapuso celebrity going on an adventure in Doña Remedios Trinidad, which is said to be Bulacan province’s least visited town. He and his team went to the 13 Falls and Tila Pilon Hills. They also trekked to the Kabayunan viewdeck to go cloud-watching.

Now, more than showcasing underrated local spots, the show hopes to inform and guide people on how they could travel again even amid a pandemic.

“We hope to answer questions like ‘Pwede ba ’to?’ ‘What are the requirements?’ ‘What do we have to bring?’ ‘Are kids allowed?’ We want to communicate the information from the local government to the viewers,” Drew related. “Since we can’t fly yet, we have stringers from faraway places.”

The 40-year-old host also put the spotlight on the people and how the COVID-19 pandemic has affected their livelihood. “We want to know how things are going. Did it give the place time to breathe? How are their lives? And we’re also excited to feature them, because it could help them restart the economy, little by little,” he said.

Given the nature of his show, Drew was worried about the show’s crew. “I was asking my producer how the cameramen and the staff were doing. Fortunately, GMA 7 took care of them,” he said. “I was shocked when we were told that we were going to resume shooting. We’re happy to shoot and travel again.”

While hitting the road after the pandemic’s peak feels a little different from how it used to be, the mere feeling of being outside is uplifting. “I’m excited to share with people the things they can start enjoying again,” Drew said. “Of course, it’s important to be cautious … but not to the point where you can no longer stretch your legs.”

Drew recently brought his family to a secluded farmhouse in Rizal province for a breather.

“It was an isolated place. We rented the place for three days. And it was just so nice to see the kids enjoying themselves freely, without masks and getting some fresh air,” related Drew, who has three kids with wife fellow GMA 7 host Iya Villania: Primo, 4; Leon, 3; and Alana, 4 months.

“We’re lucky because of the kids, who give us true happiness,” he added.