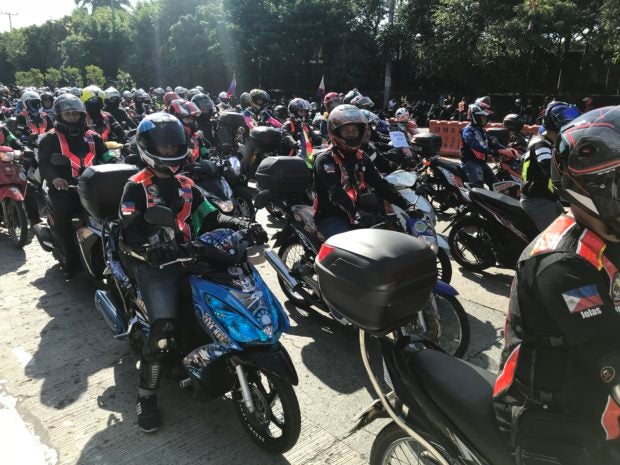 MANILA, Philippines — Senator Ramon “Bong” Revilla Jr. has proposed a bill that seeks to provide “rescue-in-tandem” to public and private hospitals to reduce response time and improve health care in both rural and urban areas in the country.

In filing Senate Bill No. 1120, Revilla said motorcycle first responders “can weave through heavy traffic in urban areas and can also traverse rough roads in the rural areas.”

“Emergency ambulances are delayed in the race against the clock to reach the city’s hospitals,” the senator said in the bill’s explanatory note as he cited a recent report by Agence France-Presse which showed that traffic congestion in Manila is costing lives as ambulances remain stuck in traffic.

“A swift medical response is key to recovery. Survivability can decline every second,” Revilla added.

He said that for emergency response to be successful, “responders should be equipped with proper training.”

“Added to this is effective mobility. Mobility is a major issue in highly urbanized areas because traffic congestion concerns and poor accessibility or lack of good roads for most parts of the rural areas,” he added.

As traffic worsens in the country everyday, he pointed out that emergency response is often delayed because ambulances are trapped in heavy traffic jam.

“In under-served and unserved far-flung and mountainous areas, many suffer serious illnesses and injuries without being attended to by medical personnel,” his further said in his explanatory note.

“In some areas, committed medical personnel have to walk long distances for several hours just to service these far-flung areas,” he added.