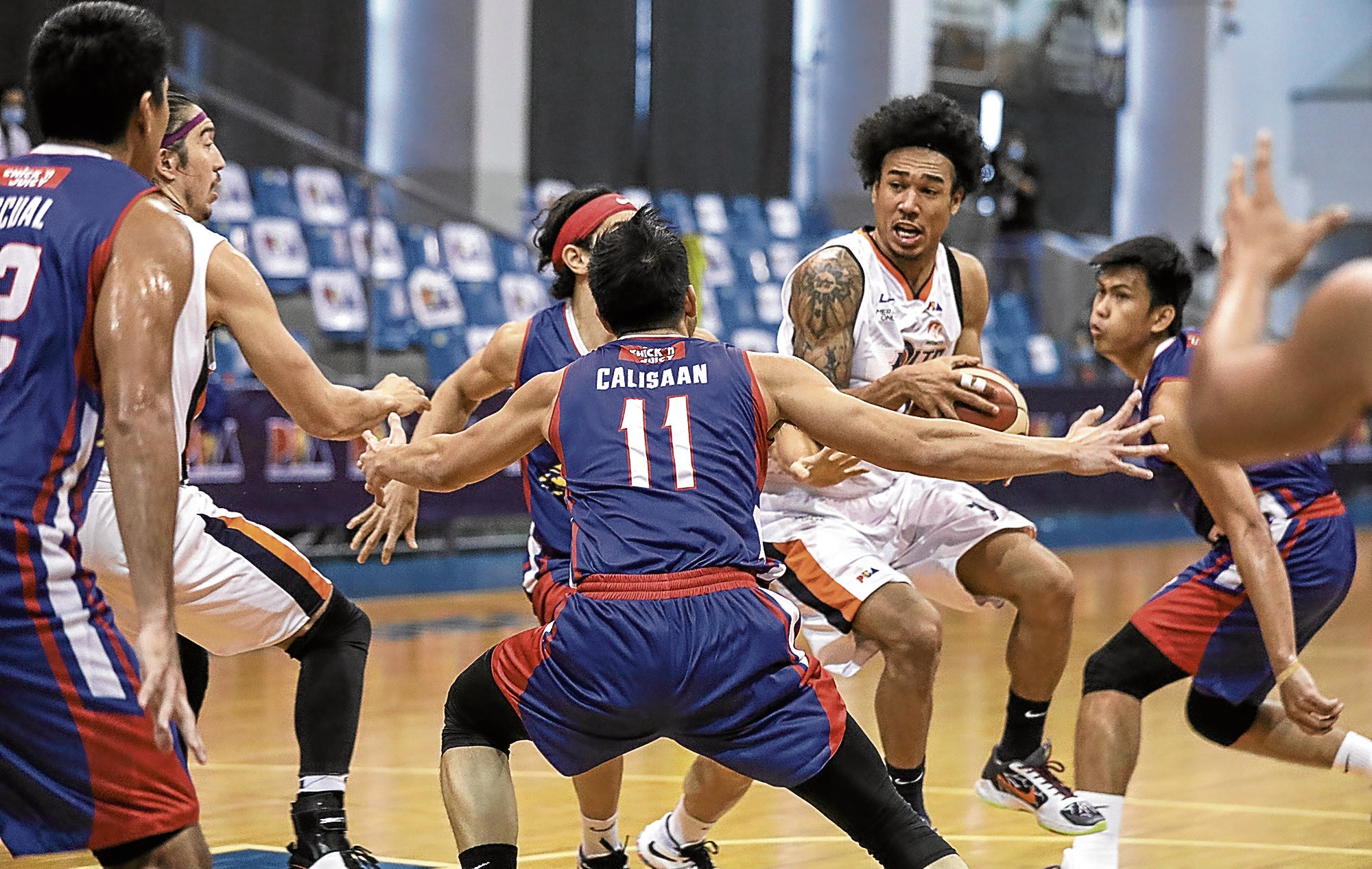 Under siege all game long against an enemy that also wants to right its own ship, Meralco on Tuesday night scored a 109-104 overtime victory over Magnolia to get back in the thick of the fight courtesy of the brilliance of Chris Newsome and a young brigade of unheralded guards.

Once the league’s top rookie, Newsome hit a fadeaway jumper with 10.2 seconds left to give the Bolts a 107-104, before Raymond Almazan sealed the win with two free throws with a second remaining as Meralco won for the second time in four starts while dealing the star-studded yet undermanned Hotshots their first losing streak in a 1-3 card.

Rookie Aaron Black conti­nued to make his father-coach Norman proud with his best offensive game thus far, while Trevis Jackson was big near the end of regulation, which ended at 94-all forged by two Marc Barroca free throws.

“We were hoping to have a chance at knocking [Barangay] Ginebra off [last Sunday] as we consider them one of the top teams in the league, and we know going up against Magnolia, back-to-back, that they’re just as strong as [the Gin Kings]. So this is a big win for us,” the older Black told the Inquirer shortly after the bubble’s first OT game at Angeles University Foundation powered by Smart 5G.

“We’re trying to make it to the playoffs for the first time in a long while. And to be able to knock them (Hotshots) [down] makes our [playoff] chances a lot better,” Black added.

Jackson scored all of his 10 points in the fourth period, including the three triples that kept Meralco in the fight before Newsome capped off a sterling night with nine of his 23 points in extension.

“[Trevis] has been playing well with the minutes he has been getting, so I just decided to get him out there. He really came up big tonight,” Black said.

Aaron was just as steady, chipping in with 16 points as he continues to make heads turn here while giving his father another viable offensive option.

It was a sorry defeat for Magnolia, who rode Paul Lee all game but was unable to plug the holes left by hurting key players Ian Sanggalang (back pains) and Rome dela Rosa (hyperextended knee).

“It’s a great feeling. As I’ve said before, we’re living in the bubble, so we see each other every day. So the last thing you want is to go on a losing streak,” Black said.

Meralco plays winless NLEX Friday as it seeks to string together wins for the first time here and enhance its chances of advancing. The Road Warriors are also struggling, losing their firth three games. INQ