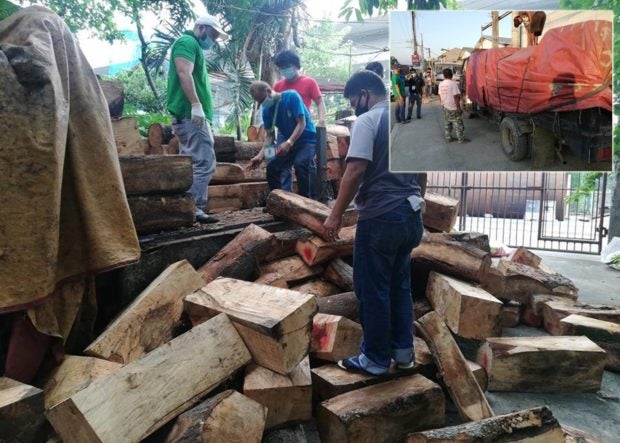 In a press statement on Monday, the DENR said the truck was intercepted on July 15 by members of its Environmental Protection and Enforcement Task Force, and the Philippine National Police – Highway Patrol Group.

Both the truck and its cargo were confiscated.

“The driver and its two aides, including the truck owner and the cargo’s consignee are now facing criminal charges for violations of Presidential Decree 705 or the Revised Philippine Forestry Code,” said the DENR.

Among the stated under the presidential decree are cutting, gathering, or collecting timber or other products without license, unlawful occupation or destruction of forest lands, destruction of wildlife resources, and other related offenses.