Army says nonviolent tactic works, too, vs IS followers 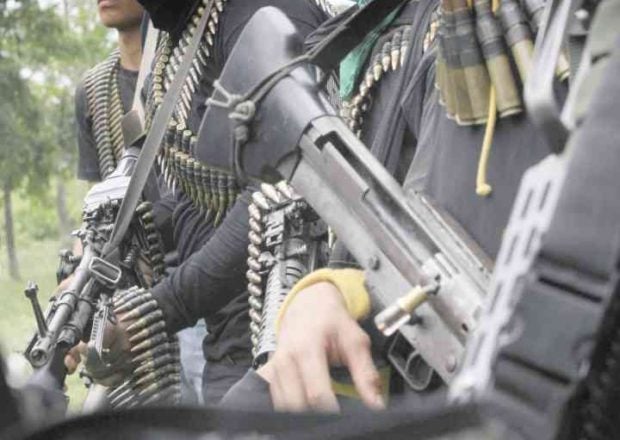 CAMP SIONGCO, MAGUINDANAO—A military tactic to apply the power of persuasion worked in the case of at least 13 Central Mindanao followers of Islamic State who surrendered in the last few days, according to the Philippine Army on Wednesday (July 29).

The IS fighters, who surrendered, were members of Bangsamoro Islamic Freedom Fighters (BIFF), a now factionalised Moro armed group that had broken off with the Moro Islamic Liberation Front.

Maj. Gen. Diosdado Carreon, 6th Infantry Division chief, said the military was giving equal premium to noncombat initiatives in dealing with BIFF even as soldiers continued to increase pressure by armed force on Moro renegades who continued to sow terror.

The 13 IS followers, who recently surrendered, belonged to two groups that operate in the borders of Maguindanao and Sultan Kudarat provinces, said Brig. Gen. Wilbur Mamawag, commander of the Army’s 603rd Infantry Brigade.

They belonged to a group led by a Kiram Abdullah who, in turn, is aligned with the BIFF faction controlled by Kagi Karialan.

“They were involved in different armed encounters with the government forces in the province of Maguindanao,” Mamawag said.

Another group is based in Datu Saudi Ampatuan town, and were persuaded to give up allegiance to the BIFF by Mayor Resty Sindatok.

Sindatok said it took several weeks of negotiations before the eight militants, led by Ibrahim Guno, agreed to surface and pledge loyalty to government and hand in their weapons.

Aside from firearms, homemade bombs and bomb-making materials were also turned over by the group.

Guno said he and his fellow IS followers no longer saw a good future with the BIFF, prompting them to surrender.

Carreon since 2017, more than 200 militants from various factions have turned their backs on the BIFF, lured out of the IS cause by the government’s offer of socio-economic incentives.

Many of them had been lured into joining the local IS affiliate by promises of cash.

Esperon: PH not at war with China so imminent threats are insurgency, pandemic