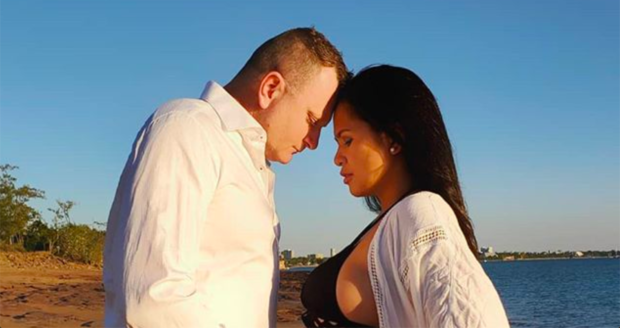 Actress Ana Capri has revealed she is expecting her first child with her non-showbiz husband.

Capri broke the news to her fans and followers last Monday, Oct. 7, by sharing a photo of herself showing her baby bump together with her Australian partner, Dave, on her Instagram.

“I love you both,” the actress said.

Capri married Dave in Australia in May. The actress said in an interview with Philippine Ultimate Showbiz Hub last June that she did not want to reveal her husband’s last name for privacy reasons.

Capri starred in the 1999 drama “Pila-Balde” and the 2005 film “Ala Verde, Ala Pobre.” Her performances in both projects earned her awards in film festivals.

Her latest showbiz endeavor was starring in the 2018 TV drama series “Ngayon at Kailanman” alongside Julia Barretto, Joshua Garcia and Iza Calzado.  /ra