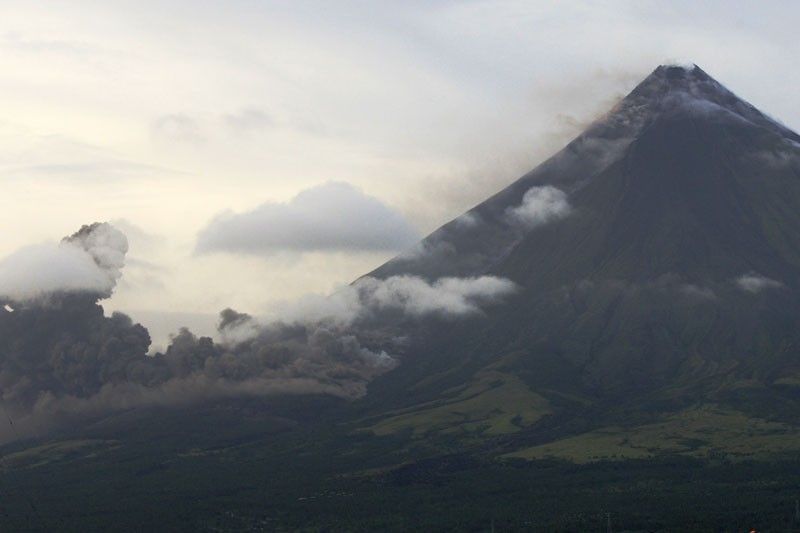 MANILA, Philippines — According to state volcanology and seismology agency Phivolcs, Alert Level 2 is still firmly hoisted over Taal and Mayon due to weak volcanic activity.

"Alert Level 2 means that there is decreased unrest, but should not be interpreted that unrest has ceased or that the threat of an eruption has disappeared," said Phivolcs in an earlier bulletin.

In separate bulletins on Sunday, Phivolcs reported weak emission of steam-laden plumes from Taal rising 200 to 300 meters high before drifting southwest, and sulfur dioxide emission measured at an average of 53 tons per day.

Phivolcs said that the Taal Volcano Network also recorded 69 volcanic earthquakes which they said were linked to rock fracturing beneath and around the volcano.

"At Alert Level 2, sudden steam-driven or phreatic explosions, volcanic earthquakes, ashfall and lethal accumulations or expulsions of volcanic gas can occur and threaten areas within Taal Volcano Island (TVI) and along its coast," Phivolcs said.

This, while local government units in the surrounding regions were advised to strengthen preparedness measures in case of renewed unrest as well as to conduct assessments on previously evacuated areas for damage in infrastructure and road accessibility.

"Communities beside active river channels particularly where ash from the main eruption phase has been thickly deposited should increase vigilance when there is heavy and prolonged rainfall since the ash can be washed away and form lahars along the channels," Phivolcs said.

On Friday, the alert status of Taal Volcano was lowered from Alert Level 3 to 2 due to fewer volcanic earthquakes and weak steam or gas emissions at the main crater for the past weeks.

Mayon Volcano, which was reportedly exhibiting crater glow at the start of February, also remains on Alert Level 2 due to sustained but significantly weakened volcanic activity.

"Wispy to weak emission of white steam-laden plumes that crept downslope before drifting west-southwest was observed," Phivolcs said in a separate bulletin.

On Sunday, January 12, a steam eruption took place at the volcano's main crater triggering Phivolcs to burn through Alert Level 2 to 4. In the weeks after, another volcanic eruption was reported to be iminent as thousands were evacuated and consequently displaced.