Albay families who lost homes to lahar at Tisoy height to be moved to new, safer community 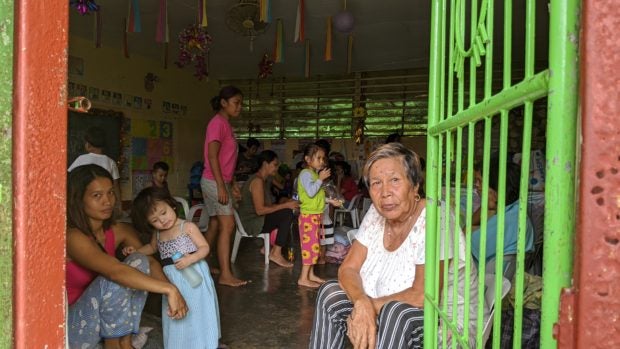 LEGAZPI CITY — At least 28 families in Albay province continued to languish in government-designated shelters after fleeing the wrath of Typhoon Tisoy (international name Kammuri) as their homes had been covered by lahar.

Mayor Gemma Ongjoco, of Guinobatan town, said the families lived at the village of San Francisco at the foot of Mayon Volcano and had taken shelter in two classrooms of the Marcial O. Ranola Memorial School.

Ongjoco said the residents’ houses had been covered by lahar and local government workers had to use backhoe to retrieve the people’s belongings.

The families lived near a river channel connected to the slopes of Mayon.

The mayor said the residents would have to now be moved permanently out of where they lived because the area was prone to lahar flow.

The municipal government continues to give the residents relief goods, the mayor added.

Albay disaster management officials estimated that the province suffered at least P4.9 billion in losses as a result of Tisoy.

The province also lost P406 million worth of school buildings and P310 million in crops, he said.

Thousands of residents are also now suffering from water shortage.

Abundio Nuñez, special operations officer of Apsemo, said the provincial government has to deliver potable water to some towns.

Local water utilities and water refilling stations could not supply enough water because electricity had been cut off, he said.

Potable water had to be delivered by the provincial health office and Red Cross to the towns of Pio Duran, Jovellar, Libon, Tiwi, Malilipot and Daraga.

“Even before the typhoon, most of the towns are experiencing scarcity of water, and this worsened,” said Gapayao.

Gapayao said aside from water, families also needed materials to repair or rebuild their homes.

He said hundreds of families at two villages in Pio Duran town would receive sleeping kits, hygiene kits and tarpaulin for use as wall or roof.

The villages were cut off from the rest of the town and province when the La Medalla Bridge was destroyed at the height of Tisoy.

Goods for relief missions would be brought to the people by boat.

The National Grid Corporation of the Philippines on Saturday, Dec. 7, turned over to Albay 1,000 food packs and 2,000 shirts to thousands of displaced villagers .

My Friend is a Mermaid! Funny Mermaid Situations by La La Life musical