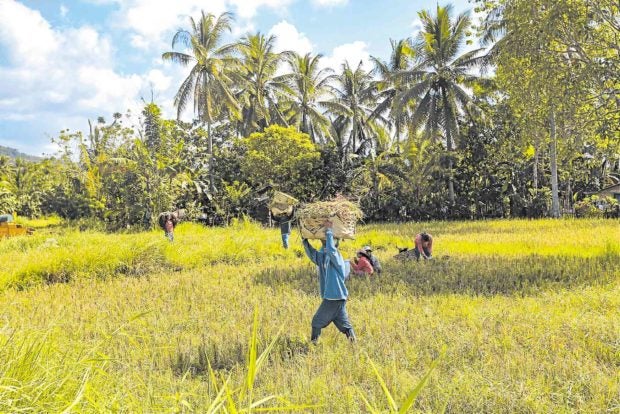 Despite disruptions in the country’s food supply chain caused by lockdown measures aimed at preventing the spread of COVID-19, the agriculture sector was still able to register a 0.5-percent growth in the second quarter, thanks mainly to the increased demand for staple crops like rice and corn.

Data from the Philippine Statistics Authority showed that farm production rose by 0.5 percent after a contraction of 1.4 percent in the first quarter. Similarly, the value of agricultural produce increased by 4.6 percent to P439.8 billion.

The Department of Agriculture saw the latest figures as a welcome surprise, as Agriculture Secretary William Dar said they were expecting a negative performance during the quarter. However, it seemed that only the farm subsector managed to post some gains as livestock and poultry raisers, as well as the fishery subsector, reported decline in value of output.

Crops accounted for 53.7 percent of total agriculture output, with palay and corn registering output gains of 7.1 percent and 15.4 percent, respectively. Relief measures that included the distribution of rice helped boost demand for the staple.

Demand for meat and fish, fell as most Filipinos were forced to tighten their purses to cope with difficulties arising from the closure of several industries.

With Metro Manila and nearby provinces placed under a stricter lockdown again, the modest growth in the second quarter may not be enough to prop up the sector’s whole year performance to achieve the targeted 1.5-percent growth. For the first semester, the industry shrank by 0.35 percent.