Aga's passion is acting, but family is now his priority 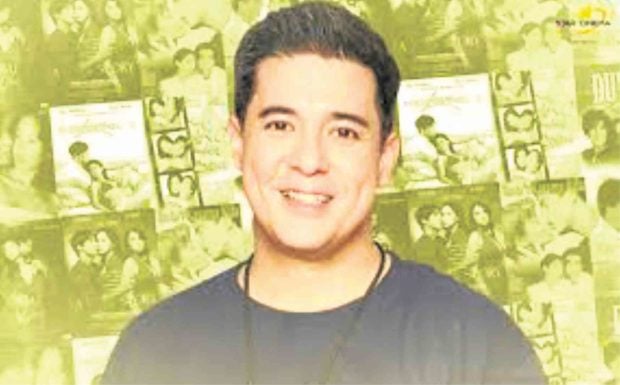 With his twins turning 18 next month and gearing up to attend college abroad next year, Aga Muhlach couldn’t help but wax sentimental about the family he has been “blessed with.”

“My daughter, Atasha, will study in London; my son, Andres, in the States,” he told the Inquirer at a recent press conference for his upcoming movie, the psychological thriller “Nuuk.” “It has been a fun household for us. We have had a nice and amazing journey. There’s nothing more I can ask for.”

Aga, who has been married to Charlene Gonzales, also for 18 years, said it was a “conscious effort” to have their children enroll in different schools.

“That’s our choice, so that they can have different worlds,” related the 50-year-old actor.

While his children have appeared in commercials in the past, the possibility of them entering show biz seems unlikely at the moment, Aga said, because the two will be focusing on their studies.

“When they finish college, it’s up to them. When they’re in their 20s, they decide if they want it or not,” Aga said.

While acting will always be his passion, family has been at the top of Aga’s priority since tying the knot with Charlene in 2001. And with Atasha and Andres leaving soon, Aga feels the need to spend even more time at home.

“Right now, I’m working on another movie, ‘Miracle in Cell No. 7.’ But once we finish that, I’m free again. I will be with my family for Christmas and New Year. I just want to spend more time with my family. That has been my mindset ever since,” pointed out Aga, who stopped doing television for that very reason.

The matinee idol was last seen on the small screen as a judge in the 2016 talent search “Pinoy Boyband Superstar” on ABS-CBN.

He’s not active on social media, either. “I have my personal accounts just for the sake of it. I just use them to watch videos and stuff [like] news. I’m not a social media person. I don’t vlog about my life. You could say I’m old-school in that regard. I want my private life private,” he stressed.

Not that he needs the regular exposure to keep his name afloat in the industry. Aga, after all, is already of a certain stature that affords him to be selective of projects and that allows him to work at his own pace. After 2001, Aga did at least one film every year or two. He then stopped in 2012, before making a comeback in 2017 with “Seven Sundays.”

“I see these projects as God’s gift. I don’t react, I don’t complain. I just let it be, let things unfold. Whatever comes my way,” he said.

The same goes, he said, with “Nuuk”—his reunion movie with Alice Dixson—which will open in cinemas on Nov. 6.

Produced by Viva Films in cooperation with the Embassy of the Kingdom of Denmark, “Nuuk” is the first Filipino movie shot in Greenland.
Set in the island’s Arctic landscapes, the story follows Elaisa (Alice), a Filipina living in Greenland who’s left reeling after her husband’s death.

She crosses paths with Mark (Aga), a fellow Filipino, whom she falls for. Things take a strange turn, however, when she realizes that no one recognizes Mark but her.

“Alice and I didn’t expect that, at this point in our lives, we will be able to work again together in a movie,” he said of the actress, whom he worked with in such films as “Hot Summer” in 1989 and “Sinungaling Mong Puso” in 1992. “She still looks amazing. I was just so excited. And on the set, we just gave it our best.”