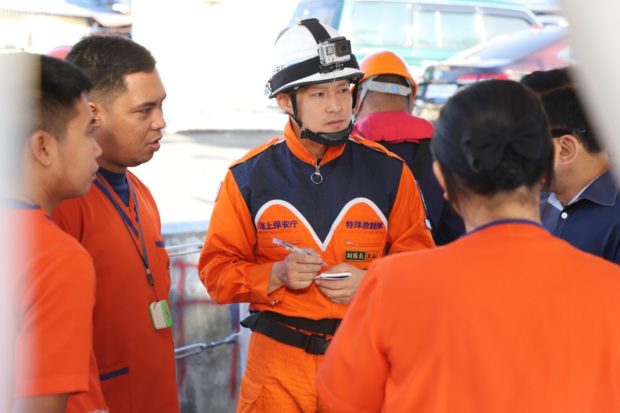 The exercises are in line with the Japan International Cooperation Agency – Technical Cooperation Project, which aims to enhance the capability of the PCG on vessel operations, maintenance planning and maritime law enforcement.

On Jan. 21, the PCG and JCG conducted vessel towing exercises in the vicinity waters off Manila. A day after, the two coast guards conducted firefighting exercises at South Harbor.

The PCG used its assets BRP Kalanggaman (FPB 2404) and BRP Malabrigo (MRRV 4402) for the exercises. The latter is one of the 10 multi-role response vessels that the Philippines acquired from Japan through a soft loan.

Tokyo has extended significant assistance to the PCG over the past years through providing of equipment, trainings for maritime safety and security, among others.

As examples, Japan previously provided the Philippines radar equipment to help counter piracy in the south. Tokyo has also been the source of high-speed boats for the PCG.

While the relationship of the Philippines and Japan go a long way, the ties of both nations strengthened amid common concerns on China’s increasing expansion in the South and East China Seas.

The PCG and CCG also conducted firefighting and search and rescue exercises.

The presence of CCG in Manila and the warm welcome from PCG, however, did not sit well with critics.

After all, the CCG vessels are frequently encountered by Filipino fishermen and government vessels at sea. They are a common sight in the South China Sea, including the waters of its neighbors, because China believes it is part of their territory.

The CCG vessels block resupply missions of the Philippine Navy and drive Filipino fishermen away from their traditional fishing grounds in the West Philippine Sea.