ABS-CBN 'not forced to shut down,' says lawmaker 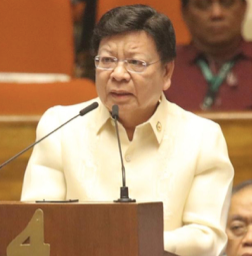 MANILA, Philippines — ABS-CBN was not forced to shut down, but it voluntarily went off-the-air last May 4, a lawmaker said on Monday, despite a cease and desist order issued by the National Telecommunications Commission (NTC).

During a joint House hearing, Deputy Speaker and Sagip party-list Rep. Rodante Marcoleta said that even though it was ordered to cease operations by the NTC, ABS CBN should have contested it if it wanted to, especially since there was yet no court order for it to go off-air.

(They voluntarily closed their station, they were not forced. If they will fight in court, they should not have closed.)

(If you received a cease and desist order, but without a court order, why would you close down? They should have appealed the NTC order. They closed down voluntarily.)

Last May 5, despite its commitment to Congress that it will issue a provisional authority to the embattled network as its franchise renewal is pending, the NTC issued a against ABS CBN.

On the same day, the network went off the air.

During the hearing, explained that the agency was only adhering to its mandate when it ordered the closure of the network.

(We did not intend to hurt or abuse anyone. I hope that in carrying out our duties, the same would not be interpreted as being ill-motivated.)

Marcoleta also denied that he was influenced by someone or any group in opposing the franchise renewal of ABS-CBN. He explained that he was only inspired by Speaker Alan Peter Cayetano’s appeal to reveal the truth.