5 hurt as bus falls off NLEX bridge in Pampanga 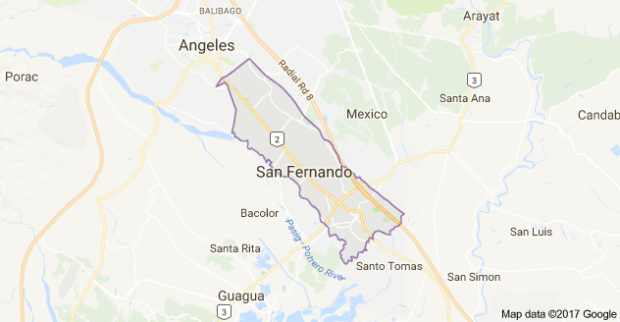 MANILA, Philippines — At least five persons sustained minor injuries after a passenger bus fell off a bridge along the North Luzon Expressway (NLEX) in San Fernando, Pampanga on Thursday morning.

Aside from the bus, Ignacio said two trucks and four class 1 vehicles were also affected by the incident.

The incident caused heavy traffic in the area which prompted the NLEX management to implement a counter-flow scheme, Ignacio said.

As of 9:16 AM Heavy traffic before San Fernando NB due to road crash incident. @TRBph

#NLEXTrafficUpdate as of 10:22am
Counterflow scheme is being implemented near Mega Caltex, San Fernando to ease traffic caused by vehicular accident.

The traffic build-up was about 3 kilometers long, he added.