5 Bicol literary writers to be honored in nat'l festival 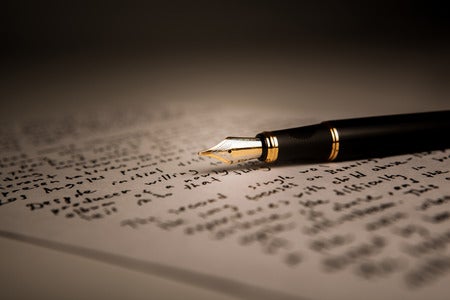 Peñones said some 50 literary writers, scholars, and academics in Bicol will gather for a two-day conference to observe the 10th anniversary of the Taboan National Writers Festival.

Peñones, in an emailed statement, said the Taboan National Writers Festival, which is named after the Visayan word for marketplace, will feature the discussion of various topics revolving around the festival theme of Lawas/Literatura or Body/Literature in at least two plenary and several parallel sessions.

An annual project of the Committee on Literary Arts of the National Commission on Culture and the Arts (NCCA), the festival has been held in Subic, La Union, and Bohol in its recent staging. In all these gathering, the Taboan has become a productive partnership of the NCCA, the host local government units, and the participating writers.

This year, the festival theme is depicted and symbolized by a logo designed by Bicol poet and prize-winning book designer Victor Dennis Nierva. It features the prehistoric bones of rhinoceros philippinensis, a Pleistocene-aged species of rhinoceros endemic to the country that was found by archaeologists of the National Museum in Rizal, Kalinga province.

“This discovery allows us to take a peek at 709 thousand years of activity in the Philippines. The logo is a celebration of these millennia, all of which have brought us to where we are now. This fossilized body of an animal is enough for us to celebrate the many bodies we have, including our own and our words,” Nierva explained.

Dr. Alberto Naperi, CBSUA president, expressed elation over the choice of the university as conduit and host of the literary event.

“We will support any cultural event in the university as we are aware that etymologically culture is related to agriculture,” he said during the signing of the memorandum of agreement between the National Commission on Culture and Arts (NCCA), represented by Peñones, who also sits as representative of Southern Luzon in the Committee on Literary Arts.

The MOA signing was witnessed by Dr. Lourdes Bascuna, the university’s director of the Sentro ng Wika at Kultura, Festival Deputy Director; and Elbert O. Baeta, head of the Festival Secretariat.