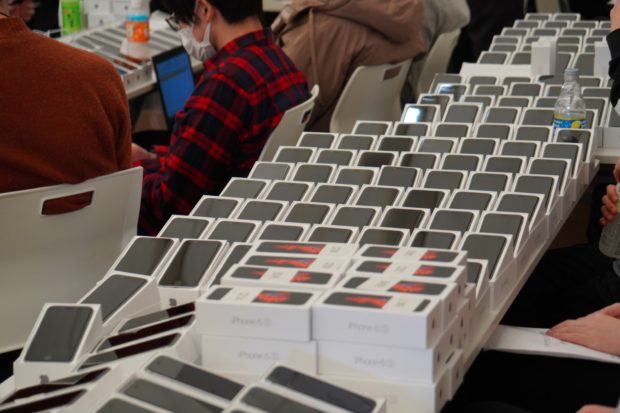 The Japanese government gave away 2,000 free iPhones to passengers stranded on a cruise ship due to the COVID-19 outbreak, caused by the novel coronavirus. The country’s health minister that 355 people onboard the ship have tested positive for the virus.

The smartphones were handed to each cabin so passengers could access an app made by the government, as per Macotakara via 9to5mac last Friday, Feb.14.

The said app from the Japanese Ministry of Health, Labour and Welfare will allow people on the quarantined ship to consult with a doctor. Smartphones registered outside of Japan are unable to access the app. This also prompted the ministry to hand out the devices to the passengers.

According to the report, the 2,000 devices were handed out to ensure that each cabin had one unit.

The ship arrived near the Japanese coast earlier this month with more than 3,700 people on board from over 50 countries. It was placed under quarantine after a passenger who left the vessel in Hong Kong tested positive for the virus.

The Japanese government may begin testing the travelers for the disease from Feb. 18, the captain said. Passengers with negative results will be allowed to disembark the ship starting Feb. 21.

The disease has already killed over 1,000 people and infected more than 42,000 worldwide. The World Health Organization it COVID-19 after declaring the outbreak as a global health emergency. Ryan Arcadio/JB