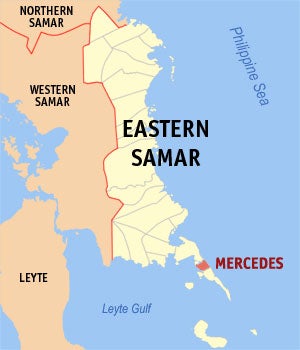 TACLOBAN CITY — Two residents of Eastern Samar province have filed a complaint of vote-buying against Governor Marcelo Ferdinand Picardal, who is running for the gubernatorial post in the May 13 elections.

Nelson Cortez and Cyril Jesus Alzate, residents of Barangay 5 in Dolores town, and Barangay Hindang, Borongan City, filed the complaint at the Commission on Elections (Comelec) headquarters in Manila on May 3.

They asked the poll body to hold Picardal liable for extending financial assistance to their family. A photo and tarpaulin bearing the politician’s name and face accompanied the complaint.

The petitioners said the act of Picardal constitutes vote-buying as it happened within the election period.

The Inquirer tried to reach Picardal and his provincial administrator, George Erroba, but both didn’t take calls and answer text messages.

Picardal, who was elected vice governor in 2016, took over as governor following the death of Gov. Conrado Nicart on April 16 due to a lingering illness.

In an affidavit attached to the complaint, Ma. Nelia Rose Belas said she sought assistance from Picardal when her son was confined at the Eastern Samar Provincial Hospital due to urinary tract infection on Sept. 4, 2018.

Belas, however, claimed that they did not get any help from Picardal until April of this year, or about seven months after they first asked assistance from the governor.

According to Belas, an aide of Picardal went to their house and handed her an envelope containing P800 and the photo of the governor.

They were also handed a tarpaulin bearing the face and name of the governor.

“The acts of Governor Picardal through his agents in giving money to the Belas family for their hospital expenses when they have not even issued any official receipt except the envelope containing the money and the small calendar with the picture of Governor Picardal violates the Omnibus Election Code,” Cortez and Alzate said in their petition. (Editor: Leti Z. Boniol)