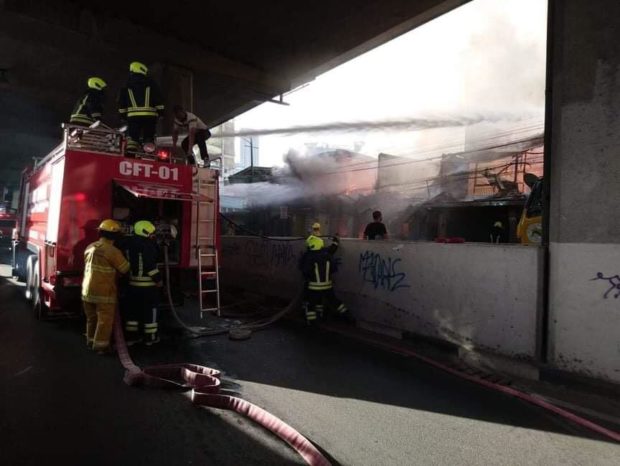 MANILA, Philippines — Eleven families were rendered homeless after a fire broke out in Makati City on Monday morning, according to the Bureau of Fire Protection (BFP).

According to BFP, the fire destroyed 11 houses along Kalayaan Avenue in Barangay Pinagkaisahan, and left damages to property worth P500,000, including a business establishment.

It was declared under control around 8:00 a.m. and was completely extinguished by 8:18 a.m.

One person had a first degree burn on his left arm, according to BFP.

DOTr to buy 2,000 chairs for NAIA Terminal 3 to ease woes of stranded persons