Women drivers get their due 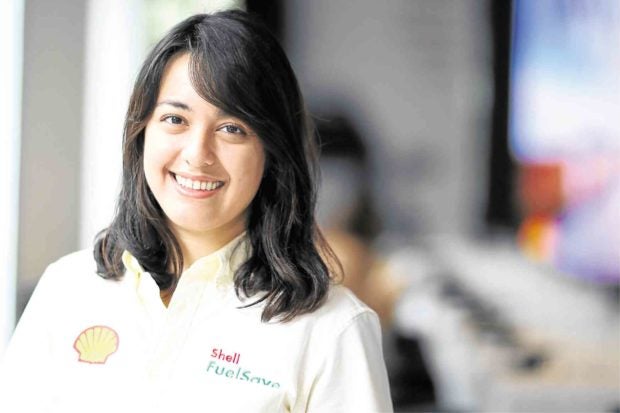 Any Filipino would know that this colloquial phrase (which translates to “because she’s a woman”), when used to refer to a female driver, is always used to criticize her driving skills, or seemingly lack thereof.

“Simply being a woman on the road already comes with challenges in terms of perception. There is prejudice against female drivers, who are usually seen as the ‘lesser’ driver,” says Cherine Capadocia, Shell brands and communications manager.

She hopes, however, for that mind-set to change through Women Drive the Future, a campaign launched recently by Pilipinas Shell that’s focused on empowering female Filipino drivers.

“We commissioned a study specifically for women drivers to understand how different their needs are, and we found that women need different things on the road,” Capadocia says. “Like, for example, nice toilets, a variety of healthy food options so they can recharge, and also other refreshments that they can buy for their families.”

Part of the campaign is also an online video, in which Shell managed to turn the demeaning tone of that phrase, “Babae kasi,” into something more positive, by highlighting Filipino female drivers’ best qualities—that “because she’s a woman,” she is more careful, she is more patient and she is more resourceful.

After a successful run in Metro Manila (it also received international attention after winning the Gold Stevie award for marketing campaign of the year under the automotive category in the 2019 International Business Awards), thanks to the support of A-1 Driving School, Girls Racers Club director Rowie Abracero, racecar driver Michele Bumgarner and Baby Barangay members Kelly Misa-Fernandez, Patty Laurel-Filart and Bianca Santiago-Reinoso, the campaign is ready to go nationwide.

“It’s high time that we actively engage this largely untapped market. Our campaigns have always been ‘high octane, high adrenaline,’ and while men remain majority of the driver population, women are the emerging market,” Capadocia says.

Aside from catering to female Filipino drivers’ needs, the campaign also aims to educate them about how to take care of their cars, especially when it comes to their choice of fuel.

“In terms of fuel, we found out that a lot of them are really still not very interested in these products—much like the general population, but more so among women. They rely on people they trust—like their fathers, husbands, friends who are knowledgeable about cars, their mechanics—to decide on which fuel they should use,” Capadocia says.

“So we figured, we need to start educating and speaking to them in a way that will make them interested to know more about their cars and empower them so that they don’t just have to rely on other people to,” she adds.

To also help women take care of themselves while on the road, Shell and A-1 are conducting “boot camps” on basic driving tips, knowing when to go for oil change, and overcoming obstacles on the road, like how to change a flat tire.

But more than a local marketing campaign, Capadocia says Women Drive the Future is the company’s contribution to the global gender equality movement.

“Shell is committed to closing the gender gap. Beyond providing a platform from which women can develop careers and leadership abilities, we continue to create initiatives that work towards improving gender equality,” Capadocia says. —ANNELLE TAYAO-JUEGO