When cyclists took over the streets of London 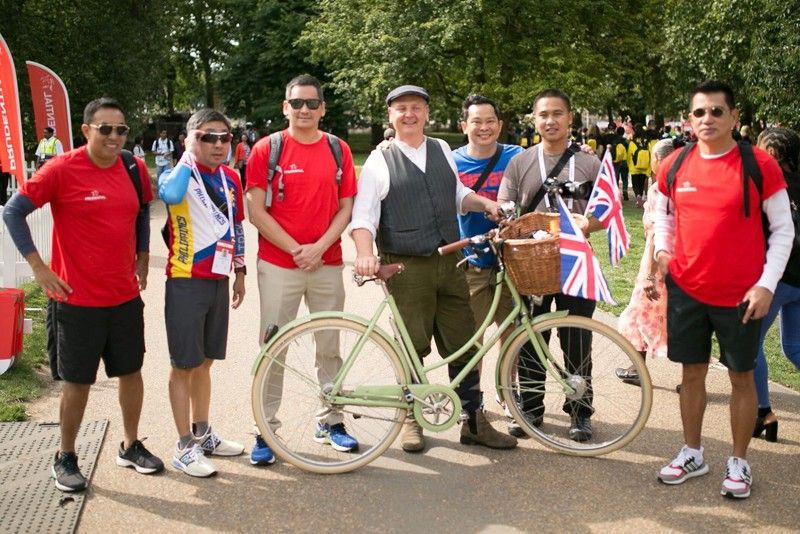 London has always been one of my favorite cities to visit and this year’s trip for the 2019 Ride London event was the best yet!

For the past three years, I have been very fortunate to be a part of the traveling group of Pru Life UK and this year I was able to literally get on a bike and experience the city like never before.

Being one of the busiest cities, one cannot imagine visiting the downtown landmarks without having to go through the traffic jams that have hounded the metropolis, but the two-day cycling extravaganza shuts down the city for Saturday and Sunday.

The start of the weekend was a free ride where cyclists literally took over the streets.

No vehicles were allowed and this gave the group from the Philippines, journalists Chino Trinidad, June Navarro, Dodo Catacutan, yours truly and Vic del Rosario a different view of London.

We began our ride with guide David (a tech journalist who also does regular guided tours) at Buckingham Palace, then went straight to Trafalgar Square. We wove our way through downtown, passing by Big Ben and the London Eye, before stopping by St. Paul’s Cathedral, and then back to the Palace.

The entire route was only about five kilometers but with stops at the different areas, the tour took around three hours to complete. We learned about the history of the various areas we visited and was told of the Londoners being fond of giving names to the different buildings in town.

One of the tallest, “The Shard,” wasn’t originally called that, but people were always calling it by that name because it did look like a shard, so when the owners finally inaugurated it, that’s what they eventually went with.

A fairly new building, designed with a slight bulge on one side, is called by some at “The Belly” since it could pass for a man’s gut, while others refer to it as “The Bump” in reference to a pregnant woman’s stomach. My vote is for “The Bump!” Let’s see what wins out.

Sunday brought about 25,000 riders from all over the world to participate in the Ride London event, which had two main categories: the Surrey 100 and the Surrey 46. There was also a shorter category, the Surrey 19, for kids aged 12 upwards.

The pros were also represented in the Classique, which featured the world’s best female cyclists, including Fil-Am sensation Coryn Rivera and the Surrey Classic for the gentlemen.

Everyone’s favorite Brompton World Championship Final was also held, with riders dressed in their formal attire for the race.

This wasn’t just a plain cycling extravaganza, but it was also an event that supported over 600 charities worldwide.

This was the first year that Pru Life UK sent brand ambassadors so Gretchen Ho, Kim Atienza and Zoren Legaspi represented the Philippines and participated in the Sunday ride.

Maybe next time I will try riding the Surrey 46.