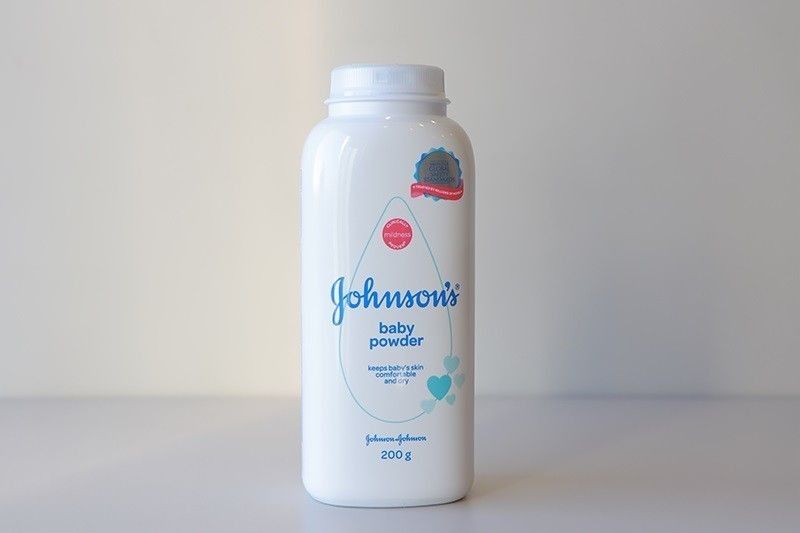 MANILA, Philippines — A voluntary recall of a batch of baby powder due to concerns of asbestos contamination does not have any bearing on it products in the Philippines, Johnson & Johnson Philippines said Tuesday.

Johnson & Johnson in the US issued an advisory last week that it had issued a voluntary recall of a single lot of baby powder "in response to a U.S. Food and Drug Administration (FDA) test indicating the presence of sub-trace levels of chrysotile asbestos contamination (no greater than 0.00002%) in samples from a single bottle purchased from an online retailer."

The company said it was recalling Lot #22318RB of Johnson’s Baby Powder "[d]espite the low levels reported and in full cooperation and collaboration with the FDA."

In an online exchange, Johnson's Baby told Philstar.com that "our products in the Philippines are in no way affected by the recent findings of asbestos-traces."

"The lot affected was produced in the United States and is not at all supplied or sold to other markets outside of it — including the Philippines."

The company also stressed that Johnson & Johnson in the US issued the recall "out of an abundance of caution."

According to the World Health Organization, "all forms of asbestos are carcinogenic to humans."

It adds that "exposure to asbestos, including chrysotile, causes cancer of the lung, larynx, and ovaries, and also mesothelioma (a cancer of the pleural and peritoneal linings)."

"Asbestos exposure is also responsible for other diseases such as asbestosis (fibrosis of the lungs), and plaques, thickening and effusion in the pleura," WHO also says.

Johnson & Johnson is facing lawsuits abroad over claims that its talc products have caused cancer.

The company has strongly denied those accusations.

US health chief to visit Taiwan, a COVID-19 success story

Sheena Halili talks about 'life of a buntis' during quarantine

The effects of stress on the skin