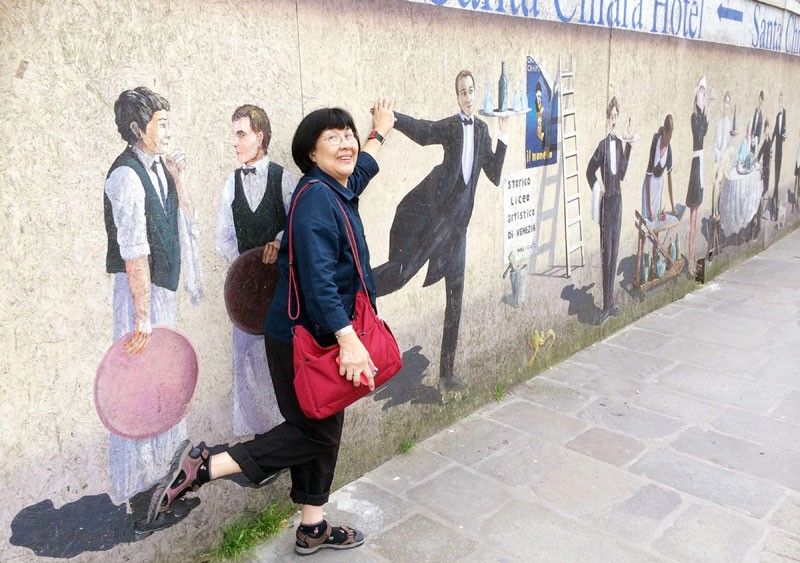 The terrible loss of lives and jobs aside, the one thing that Beng and I will miss the most in whatever “new normal” emerges out of this COVID crisis is travel, whose contours, protocols and costs we can only begin to guess at. We are, of course, deeply grateful and relieved just to be alive and well (so far) and adequately fed (so far), lifting us up far above the lot of millions of Filipinos who cannot even venture into the next municipality for their livelihood and sustenance.

In this light, travel and everything we associate with it — dining, entertainment, shopping, sports (even given that for Beng and me, it’s mostly just museums, flea markets, and street food) — would seem utterly frivolous. But we wouldn’t be human if we didn’t dream of frivolity and indulgence, even and especially in the most trying of times, if only to convince ourselves that tomorrow will be better and worth waking up for.

At about this time last year, Beng and I returned to Manila from a two-week romp across Scotland, London and Norfolk, a sentimental journey that reprised, on a smaller scale, a nine-month stay in the UK 20 years earlier. I had just retired that January from 35 years of teaching, and at 65, I figured that Beng and I had maybe another 10 good years to spend together, to poke our noses into the flea markets of Hell’s Kitchen, Spitalfield, Panjiayuan, Encants and Clignancourt.

We’re cheap and easy to please; I’d say the highlight of our traveling life was a one-day tour of Venice on the vaporetto, because that was all the time and the money we had, delighting simply in the magic of being together amid such breathtaking beauty, K-drama-style.

As it happened, 2019 turned out to be the busiest travel year of our lives. Starting the week after I retired, we went off on a crazy spree that would have collapsed many younger people: Penang, Tokyo, Scotland, London, Singapore, Turkey (a grueling 3,000-km overland tour), the US, Singapore again, Macau, and Singapore again, not to mention local sorties to Davao and Dipolog.

We had been debating between doing it all in one year, or phasing the trips over a couple of years. Our friends and family began worrying about the strain on our bodies and budget, despite our assurances that we were managing ourselves quite well, even if — such as when we spent a day at New York’s MoMA, redeeming a pledge to see Chagall together — we had to pause on every floor to catch our breath.

We know now that if we didn’t do it when we could, we never would. We had the happiest time together, and if we never go on another plane, we will have enough memories to last us to the end. But even as those memories please me, I grieve for the fact that we will never travel again the way we did. Even those extra security measures then, which we used to complain about — the endless X-rays, the unbuckling of belts and watches — seem carefree now.

Wearing a mask for a 12-hour trans-Pacific flight? Dousing myself in alcohol at the hotel? Mistrusting every door handle and faucet, every driver and waiter, every open mouth and extended hand? And even if we do get to fly again, it will be a changed world we will be landing in — forbidding, even hostile, still desperate for your money but not much else.

Late last year, before anyone had ever heard or minded the word “coronavirus,” Beng and I planned our travel year — not much, we said, let’s stay at home and get back to work, but we did have two destinations on the wish list: St. Petersburg in Russia, which was offering free e-visas to Filipinos for eight-day stays, and Alicante in Spain, where a big conference in Philippine Studies was to take place in September. They will not happen now, or anytime soon, and frankly I don’t regret that as much as other kinds of less tangible but also deeper losses.

I mourn, for example, the loss of intimacy — not the bond between two people who sleep together, which has to survive all viruses — but the more casual kind between friends at table in a restaurant or even strangers on a train, the kind that says, “I’m OK, you’re OK, I won’t hurt you and you won’t hurt me” — indeed, the loss of casualness itself.

The younger folks among us can still look forward to something vaguely resembling 2019 by, say, 2024. They might even be laughing then at the memory of “that COVID thing” as they take their partner’s hand and mingle with the crowd in Seoul or San Francisco before diving into their favorite restaurant.

For those of us now close to 70, that will probably not happen; even if the world forgets and relaxes once again, we could be too old by then.

In this time of too many “never agains,” I can only thank God there was a 2019, and that we made as full use of it as we could. But life’s a long road with many unexpected turns, and if there’s anything we’ve learned from our journeys, it’s those turns off the tourist map that have led to the most wonderful discoveries. If not St. Petersburg, if not Alicante, I trust something will come up, perhaps in our own backyard, to make us fall in love with the world again, as we so badly need to do.

Email me at [email protected] and visit my blog at www.penmanila.ph.

Bid from home with Casa Online