CEBU, Philippines — SM treats its kiddie shoppers with fun and exciting activities they love the most.

Now on its third year, the biggest and grandest #SMSuperKidsDay2019 takes place across SM's 66 supermalls nationwide. A grand launch featuring royalty-themed games, activities and entertainment is set on October 5 at SM Southmall.

“SM serves as a place for kids and their families to create great childhood memories. This October, we are bringing more fun playtime activities in our malls nationwide as we officially begin Kids’ Month,” said Jonjon San Agustin, senior vice president for marketing at SM Supermalls.

Fit for princes and princesses alike, SM Super Kids Day will feature fun activities and free play with countless toys, arts and crafts, deals on kiddie meals and items. They can even win a friend!

Aside from SM Super Kids Day, Kids’ Month will further delight kids and their families with shopping treats at Toy Kingdom, The SM Store, Baby Company and SM Markets plus the annual nationwide celebration of United Nations Day (October 8 to 31) and Halloween (October 18 to 31). 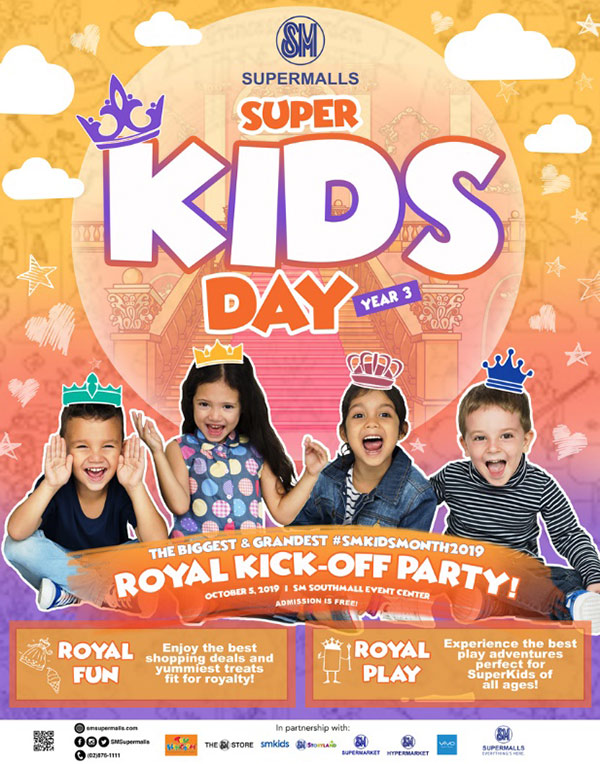