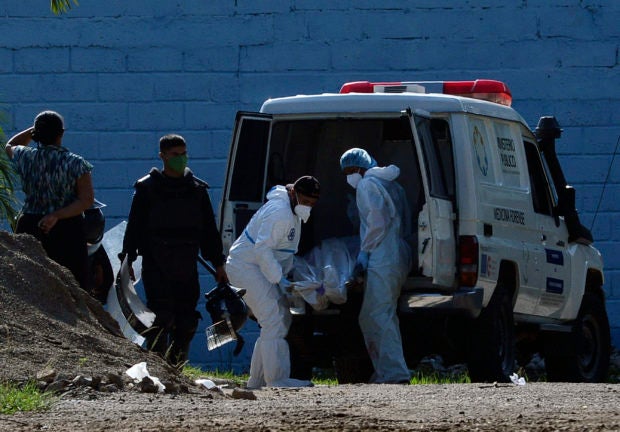 TEGUCIGALPA — Six women were killed by alleged gang members at a women’s prison near the Honduran capital Tegucigalpa, the National Penitentiary Institute said on Sunday.

The killers broke through gates and the roof of a building at the women’s prison in Tamara, 10 kilometers to the north of Tegucigalpa, “to go to the gymnasium where six prisoners were staying and murdered them,” said the INP.

One prisoner had earlier caused a diversion by starting a fire in a dormitory where two inmates quarantined over the coronavirus pandemic were sleeping, in a building housing 1,300 prisoners.

Firefighters put out the fire but two women were injured.

The gang members entered “the nursery, they don’t even respect children because they say they’re MS-13,” one woman said, referring to the Mara Salvatrucha criminal gang that is active in North and Central America.

The president of the Prisoners’ Association, Delma Ordonez, has complained to authorities that coronavirus quarantine has provoked psychological problems among inmates.

At least one prisoner has died of COVID-19 in Honduras, which has reported 20 cases in two of its 30 prisons that hold more than 21,000 inmates.