MANILA, Philippines — Over two months after the implementation of enhanced community quarantine (ECQ) in Metro Manila, QualiMed Health Network launched TeleCheQ, its telemedicine service delivered in partnership with KonsultaMD and BizBox. With TeleCheQ, patients can now avail of online doctor consultation from the safety of their homes.

To maximize the network's pool of medical professionals, a temporary closure of its four Luzon clinics and one surgery center was enforced. This move was taken to provide hospitals with a medical team on standby. As the pandemic continues, QualiMed is taking strategic steps to focus its resources and find new ways to serve patients while scientists around the world search fo long-term cure.

"We recognize the urgency and criticality of treating our COVID patients. It is a difficult call that we must heed as medical professionals. However, we can't discount the plight of our non-COVID patients—their healthcare needs don't stop just because they are required to stay home. During this period, their wellness matters most so continuity of care provision without exposing them to risks is a must," said Dr. Jose Tecson III, senior vice president for Medical Affairs at QualiMed.

"These difficult times demand new adjustments so we can better serve our communities. With TeleCheQ, our patients can continue to consult with our doctors for their healthcare needs. Our doctors have started taking in patients with complaints as basic as colds, eye irritation, and allergies, to patients in need of psychiatric counseling," added Dr. Edwin Mercado, president and chief executive officer of QualiMed.

"What we are offering is the power of technology and medical science, working for the benefit of our patients. This is a new norm in healthcare borne out of need of the times; however, we plan to provide TeleCheQ even after this COVID-19 pandemic is over," added Dr. Edwin Mercado, president and chief executive officer of QualiMed," Mercado said. 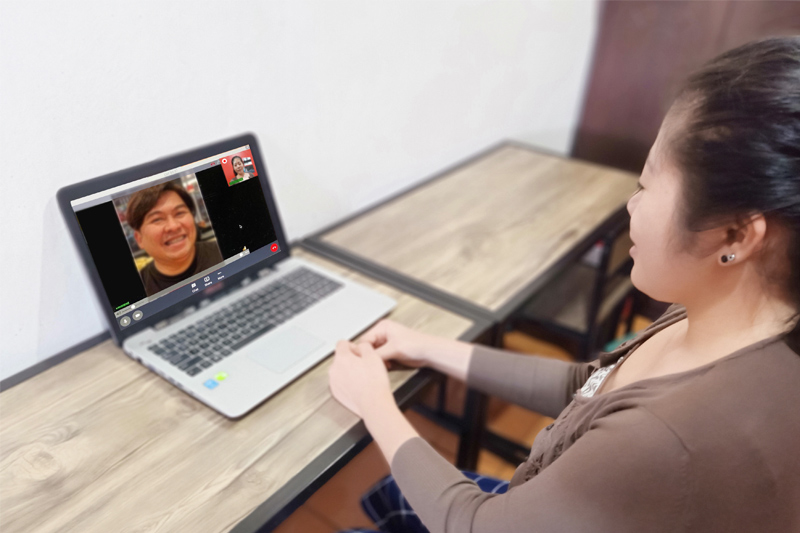 A QualiMed Health Network doctor talks to a patient through a video call to assess her needs. After the online consultation, a prescription (as needed) or a doctor’s request for diagnostic procedure (as needed) is provided to the patient through email or chat.
Photo Release

In this light, QualiMed teamed up with KonsultaMD, a 24/7 telehealth provider owned by Globe Telecom’s 917 Ventures and Mexico’s Salud Interactiva, for free use of the latter’s video platform that allows TeleCheQ doctors to virtually meet with their patients.

“Being a telemedicine provider for five years now, we understand the importance of having quick, easy, and affordable access to licensed doctors whenever and wherever needed. In our current situation, this becomes more significant since we do not want to unnecessarily burden our hospitals and medical practitioners who are handling critical and urgent cases," said Maridol Ylanan, chief executive officer of Global Telehealth, Inc. which operates KonsultaMD.

"We are, therefore, glad to share our technology with QualiMed so that together, we can help keep our countrymen safe and healthy,” Ylanan added.

Each teletriage team is tasked to connect patients to doctors affiliated with the base facility nearest the patient. With this process, patients can physically consult with their doctors as needed once the ECQ order is lifted. 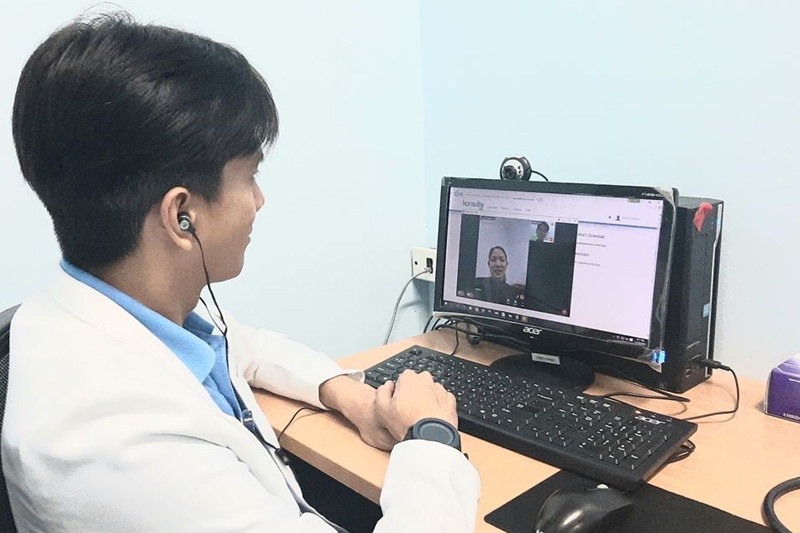 A doctor on duty talks to a patient during a video consultation session. Each doctor is assigned a Virtual Room Code, which a patient can use during appointment with a doctor.
Photo Release

Sarah talks about the positive side of home quarantine