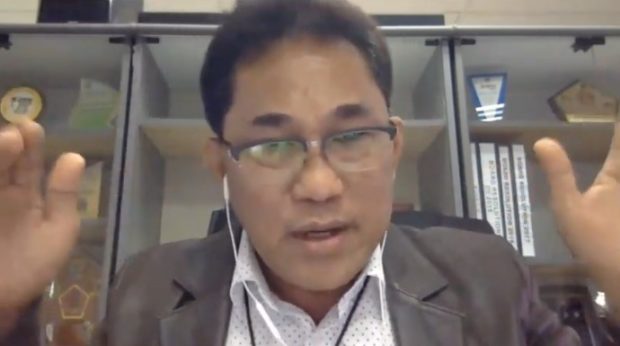 MANILA, Philippines — An incumbent board member of the Philippine Health Insurance Corp. (PhilHealth) has tagged four high-ranking officials as part of a “mafia” within the agency.

During Tuesday’s Senate committee of the whole investigation into the alleged massive corruption in PhilHealth, Alejandro Cabading, a member of the agency’s board of directors, identified several of his colleagues in fraudulent and corrupt schemes within the state health insurance firm.

“These are members of the executive committee…these are the people who have influence inside,” he said.

The sitting board member said he sought help from senators regarding the alleged irregularities in PhilHealth because they are limited to solve the corruption from the inside.

“We’re trying to solve it inside,” Cabading said.

But one of the officials Cabading named as part of the mafia turned the tables on him.

First, Del Rosario, who was also present during the Senate investigation, denied involvement in any fraudulent schemes allegedly perpetrated in PhilHealth.

He then threatened Cabading of “necessary” legal actions should the latter fail to substantiate his allegations.

Del Rosario likewise said he would expose to senators in an executive session the anomalies involving Cabading.