No more signs of life in Pampanga supermarket, but rescue operations will continue 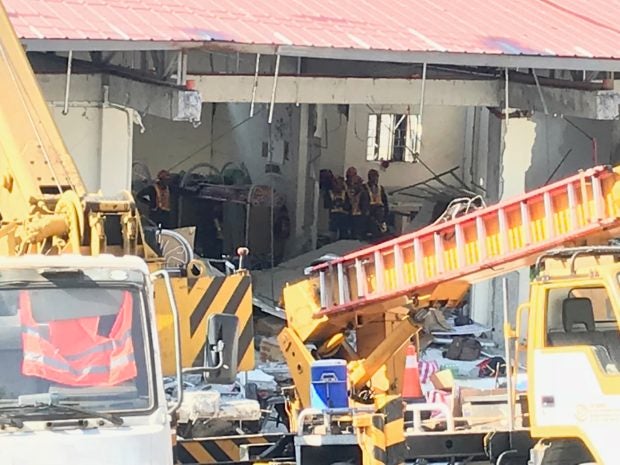 MANILA, Philippines — There are no more signs of life in the collapsed supermarket in Porac town in Pampanga on Wednesday, but search and rescue operations will continue, according to the Pampanga police.

In a press briefing, Pampanga police chief Col. Jean Fajardo said rescuers and K-9 units confirmed that there are no signs of life at the Chuzon Supermarket that collapsed due to the 6.1-magnitude earthquake that hit parts of Luzon, including Metro Manila, on Monday.

She clarified, however, that they will still pursue search and rescue operations as the gadgets they are using may not be accurate in detecting the presence of life inside the building.

(We do not want the search and rescue operation to end yet. Our K-9 units may miss something, and our gadgets may fail because they are machines.)

The Department of Public Works and Highways (DPWH) has also started the clearing operations, but they also checked for signs of life in the building, Fajardo said.