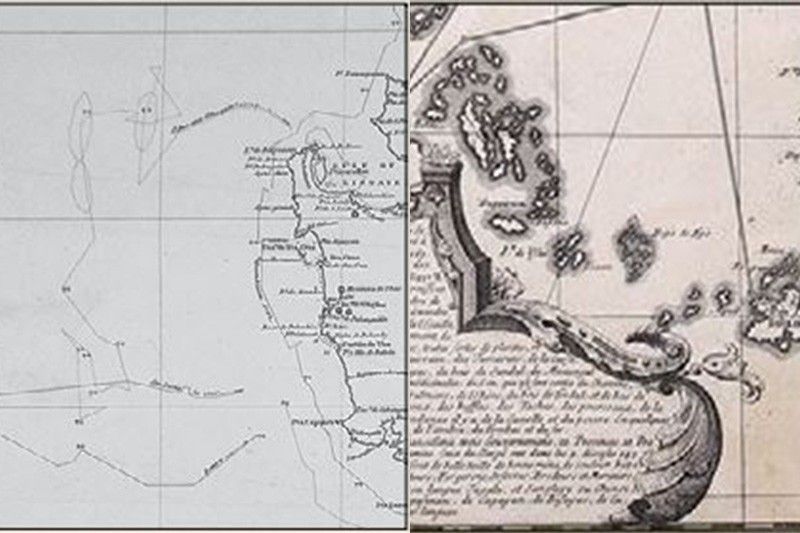 MANILA, Philippines — Antique maps featuring the disputed Scarborough Shoal off Zambales are among the items that will be put up for bidding this weekend by Philippine-based auction house León Gallery.

The gallery's yearend "The Kingly Treasures Auction 2020" will be held 2 p.m. Saturday at Eurovilla 1, Rufino corner Legazpi Streets, Legazpi Village, Makati City. The preview will be held only until Friday, between 9 a.m. and 7 p.m.

“As 2020 draws to a close, I find myself in awe at the events that have made this year one of the most unforgettable. I can only describe it as a year of changes: Changes in the way we view art as well as changes in the manner to make it accessible,” León Gallery director Jaime Ponce de Leon said in the catalog for the auction.

“Reflecting these many changes are the treasures we have once again assembled for your consideration.”

Up for auction is the 1760 reissue of Murillo Velarde’s 1734 “Carta Hydrographica” map of the Philippines showing the Scarborough Shoal.

The said Velarde map was key evidence in the case that saw the Permanent Court of Arbitration ruling in 2016 that China’s "nine-dash line" territorial claim — literal dash marks in maps of China that allege its claim to around 80% of the South China Sea — has no basis in international law.

The contested territory that is well within the Philippines' 200-nautical mile exclusive economic zone is also featured in another map dated 1818.

Aaron Arrowsmith's "Chart of the Philippine Islands" is said to be extremely rare and unrecorded.

“First published in London in 1812, this 1818 state is unrecorded and previously unknown to scholars. At present, no institutional example of the 1818 state is known,” reads its catalog entry.

It has a starting bid at P1.6 million.

Both maps are respectively presented in a conservation frame, with ultraviolet filtering museum glass and acid-free mat board.