Man creates dating app where women can only match with him 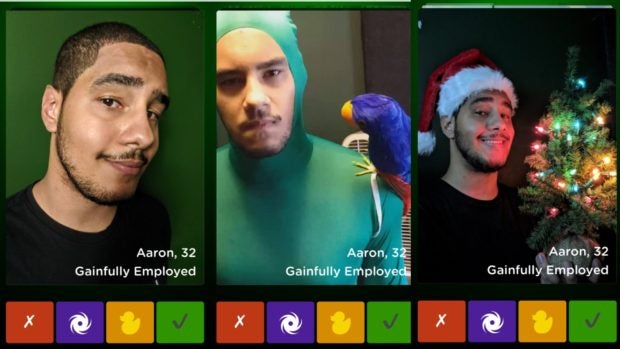 They say that if there is a will, there is a way. A man from North Carolina tried to remove his competition in other dating apps by creating his own. The twist: he is the only man featured as the women’s potential match.

Aaron Smith created Singularity, a dating app for women, designed to open only in their smartphones. In the app, no matter how many times the user swipes left or right, it will only show different versions of Smith’s face, as per WFMY-TV, last Wednesday, Nov. 20.

“The biggest problem with the other apps is that my face is not featured prominently,” Smith was quoted saying.

Singularity was created with the help of Scott McDowell, Smith’s best friend who also happens to be a software engineer.

“If life gives you lemons, you should first make lemonade,” Smith said in the report. “Then make sure no other companies can produce or distribute their own soft drinks. So the only game in town is lemonade.”

In case people are still in disbelief of Smith’s product, Singularity released a promotional video uploaded on Smith’s personal YouTube account on Sept. 18.

Like other dating app’s interface, Singularity also has swipe right and swipe left features, dedicated to indicate whether or not the user likes or dislikes a profile, respectively.

The app also has a yellow rubber ducky button or swipe up for “super like.” Then, there is the app’s unique feature, the “blackhole button,” which the users can press “to emit a blood-curdling scream, when you realize what life has become.”

“No, but seriously, this exists,” Smith assured in the video.

People can go look at the app by visiting singularitydating.com on their mobile devices. JB