Behind the scenes of BTS' Smart promo

Health warnings for smoke-free products should be risk proportionate 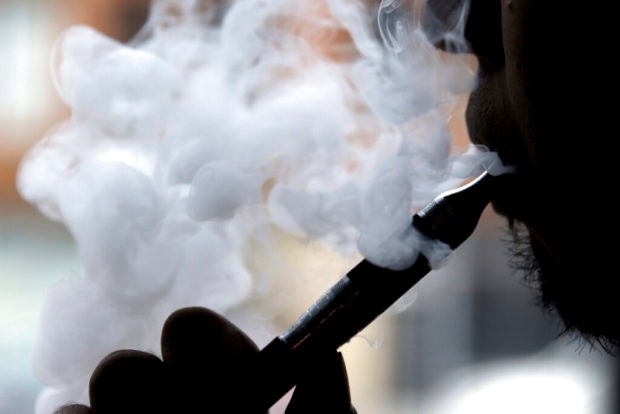 MANILA, Philippines — Health warnings for smoke-free products such as e-cigarettes or vapes and heated tobacco products (HTPs) should be proportionate to their risk as compared to combustible cigarettes.

This was the key message of Prof. Tikki Pangestu in his keynote speech during the 2nd Philippine Harm Reduction Online Forum on December 4, 2020.

“Health warnings on combustible cigarette packs should not be the same as those on the packaging of e-cigarettes and HTPs. This is because e-cigarettes and HTPs have been shown to be 90% to 95% less harmful than combustible cigarettes,” said Prof. Pangestu, visiting professor at the Yong Loo Lin School of Medicine at the National University of Singapore and former Director for Research Policy & Cooperation of the World Health Organization (WHO).

The implementing rules and regulations (IRR) as prescribed by Republic Act No. 11346 and Republic Act No. 11467 mandate the Department of Health (DOH) to issue graphic health warning templates for the packaging of HTPs and vapor products including inserts, and onserts, outside packaging, outside packaging and labeling, and any other wrapping withdrawn from the manufacturing facilities, or imported into the Philippine customs territory.

“By all means, health warnings should be placed on e-cigarettes and HTPs as the laws and regulations mandate, but these should be proportionate to the risk of these smoke-free products,” stressed Prof. Pangestu.

For example, health warnings could state that smoke-free products are not completely free from harm but are significantly less harmful than combustible cigarettes which contain tar and carbon monoxide. The health warnings could also indicate that smoke-free products are for adults only and should not be used by the youth, he added.

Regulations should be based on science

“But at the end of the day, the WHO cannot tell a country what to do and the final decision is up to the country,” Prof. Pangestu explained. Ultimately, he continued, the policymakers, the Ministry of Health, and the regulatory agencies of individual countries must decide on their own based on various factors. “For example, in the Philippines and Indonesia where there are a huge number of smokers, one factor to be considered could be the cost of smoking-related diseases to the healthcare system. The health risks of smoking in the context of noncommunicable diseases – heart disease, lung cancer, diabetes, stroke – are considerable in terms of economic costs and costs to the healthcare system.”

Prof. Pangestu shared that he has participated in several congressional hearings on vapor products and HTPs conducted by the Philippine House of Representatives. “I believe that the Philippine government is quite open to hear opinions and views from different [stakeholders], but at the end of the day the government has to make the decision. And a lot of these decisions are based not only on scientific evidence, and are influenced by a variety of factors such as political, economic, and socio-cultural.”

Role of harm reduction in oral health and public health

“The evidence available to date suggests that switching completely to smoke-free products has the potential to reduce the adverse effects of smoking on oral health. Based on the evidence at hand, I can recommend to my patients who are smokers to switch to e-cigarettes, which I consider as a harm reduction alternative to conventional cigarettes,” said Dr. Arleen Reyes, past president and former executive vice president and treasurer of the Philippine Dental Association, and currently the auditor of Asia Pacific Dental Federation.

“To date, there are no reported cases of periodontal diseases in persons who use e-cigarettes or HTPs,” Dr. Reyes revealed. “At the end of the day, the best recommendation is still to quit smoking. But if the smoker cannot quit, he or she should at least shift to a less harmful alternative.”