Duterte denies Singapore trip, saying: It's none of your business 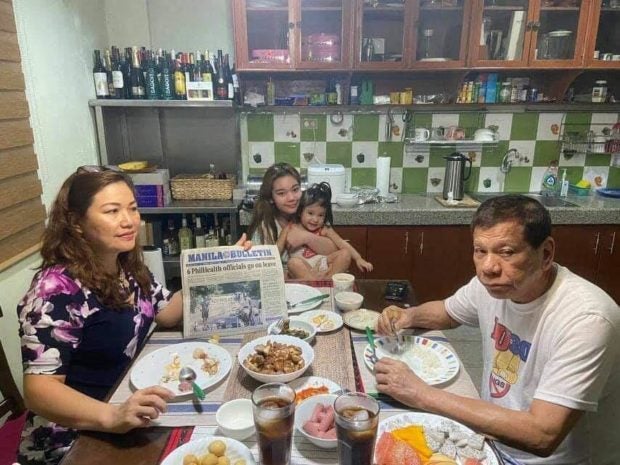 MANILA, Philippines —  President Rodrigo Duterte on Monday railed against those who spread a rumor that he flew to Singapore, stressing that they should not care and that he had the right to travel just like any other Filipino.

“Stop this nonsense of me going to Singapore if at all. Wala kayo pakialam kung gusto ko pumunta,” Duterte said in a taped address.

[It’s none of your business if I want to go.]

The President earlier debunked rumors that he flew to Singapore over the weekend for emergency treatment, saying he had been .

Duterte also noted that he would never use public funds for travel for a “private undertaking.”

“If I want to leave, I will leave. I don’t have to keep it a secret because I will not be using any government funds. That’s not my habit,” he went on, speaking partly in Filipino.

And just like a regular citizen of the country, Duterte said he had a guaranteed right to travel.

The President’s former aide, Sen. Christopher “Bong” Go, likewise by sharing a photo of Duterte having a meal with his family.

Presidential spokesperson Harry Roque also denied reports of Duterte flying out of the country. He also assured that Duterte was in good health.

Work from home and homeschool: How to strike a balance

A royal wedding in Negros

Coronavirus disrupts life in cross-border village of China and Myanmar

Flipped vs Blended Learning: What distance learning method is best for your child?