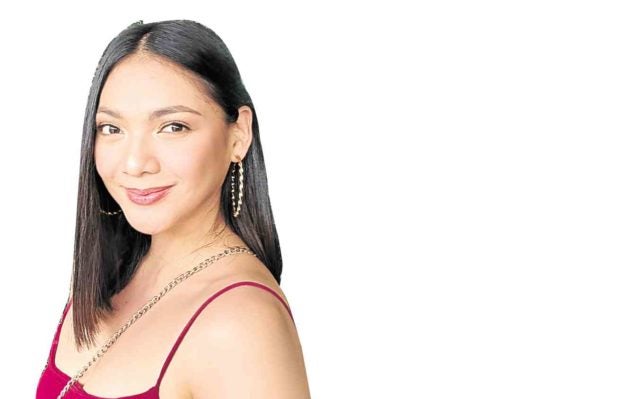 Beauty queens have found a second home in ABS-CBN, not only because the Kapamilya network has been broadcasting some of the most important beauty pageants in the country, but also because some of the titleholders have been recently guesting in the station’s programs.

One of the newest additions to the network’s portfolio of beautiful actresses is 2017 Miss Tourism International Jannie Alipo-on, who will appear in the top-rated teleserye “The Killer Bride,” which also features 2005 Miss International Precious Lara Quigaman and 2013 Miss Universe runner-up Ara Arida.

Jannie’s most notable and longest foray on TV, so far, has been her hosting stint in the Kapuso game show, “Wowowin.”

But even before bagging her international crown in Malaysia, she has done TV commercials and became one of the briefcase ladies in the syndicated game show “Deal or No Deal” on ABS-CBN. And with a brief stint on TV5, she has made the rounds of the networks.

“I just can’t leave television, it’s my first love. I’ve been doing TV work after graduating from college,” Jannie said at the sidelines of the opening of SvelT’i Aesthetic Centre’s newest branch in Ortigas recently.

“I’ve been praying for a role where I get to play the antagonist, something challenging,” she added.

“I have been trying out for less challenging roles, but was not able to bag the projects,” Jannie continued.

Suddenly, she got a call for an offbeat role, and one which would require her to leave the metro in a matter of hours.

“It was around 7 or 8 p.m. when I got the offer for the role, and the call time was at 12 midnight in Tagaytay. Pressed for time, I wanted to accept it right away. But I had to lay down some rules and limitations with the production before jumping in,” Jannie shared.

The “Killer” team agreed to her conditions and she found herself packing her bags, then shared the set with actor James Blanco for a pivotal scene.

The beauty queen was also mum about the other details
of her new role, but said it was “different” from what people would assume she would do.

Jannie said the discipline she honed while training for pageants had been very useful in her new career as an actress.

“You have to be professional. It should not matter whether one has an international crown or not, discipline is important in this industry,” Jannie said.

This, as well as on-camera training sessions, have made beauty queens more attractive for TV projects.

“The Killer Bride” airs weeknights on the Kapamilya primetime block.