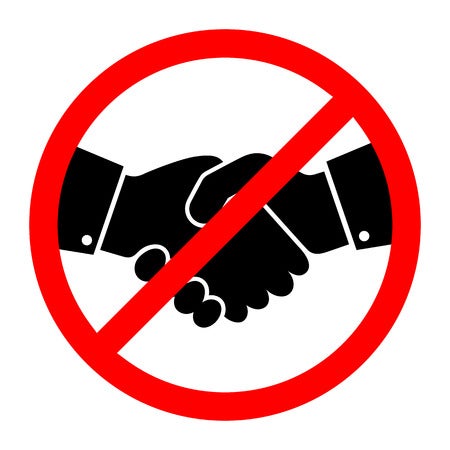 MANILA, Philippines – Marikina City 1st District Rep. Bayani Fernando has refiled a measure urging the government to promote a new customary Filipino gesture of goodwill, praise and respect as an alternative to the traditional handshake to prevent the transfer of communicable diseases.

House Bill No. 921, which was later replaced by House Resolution No. 408, urges the promotion of a “simple act of gracefully laying the palm of the right hand over the center of the chest with a simultaneous  slight head nod and an appropriate verbal greeting.”

In his explanatory note of the bill filed in July, Fernando said: “placing the hand over the chest is a gesture of good faith coming from the heart while the nod is a traditional Filipino gesture of respect.”

“The medical profession has established for ages that the traditional handshake is a risk to health; with the innocent well-meaning of [a] handshake, communicable diseases are transferred from person to person,” Fernando said.

The lawmaker also said the bill is in accord with Article II, Section 15 of the 1987 Constitution which states that the “State shall protect and promote the right to health of the people and instill health consciousness among them.”

The Philippine Information Agency will lead the promotion of the practice, according to Fernando.

The resolution was referred to the House committee on rules last October 2. /gsg