All is fair at the Frankfurt Book Fair 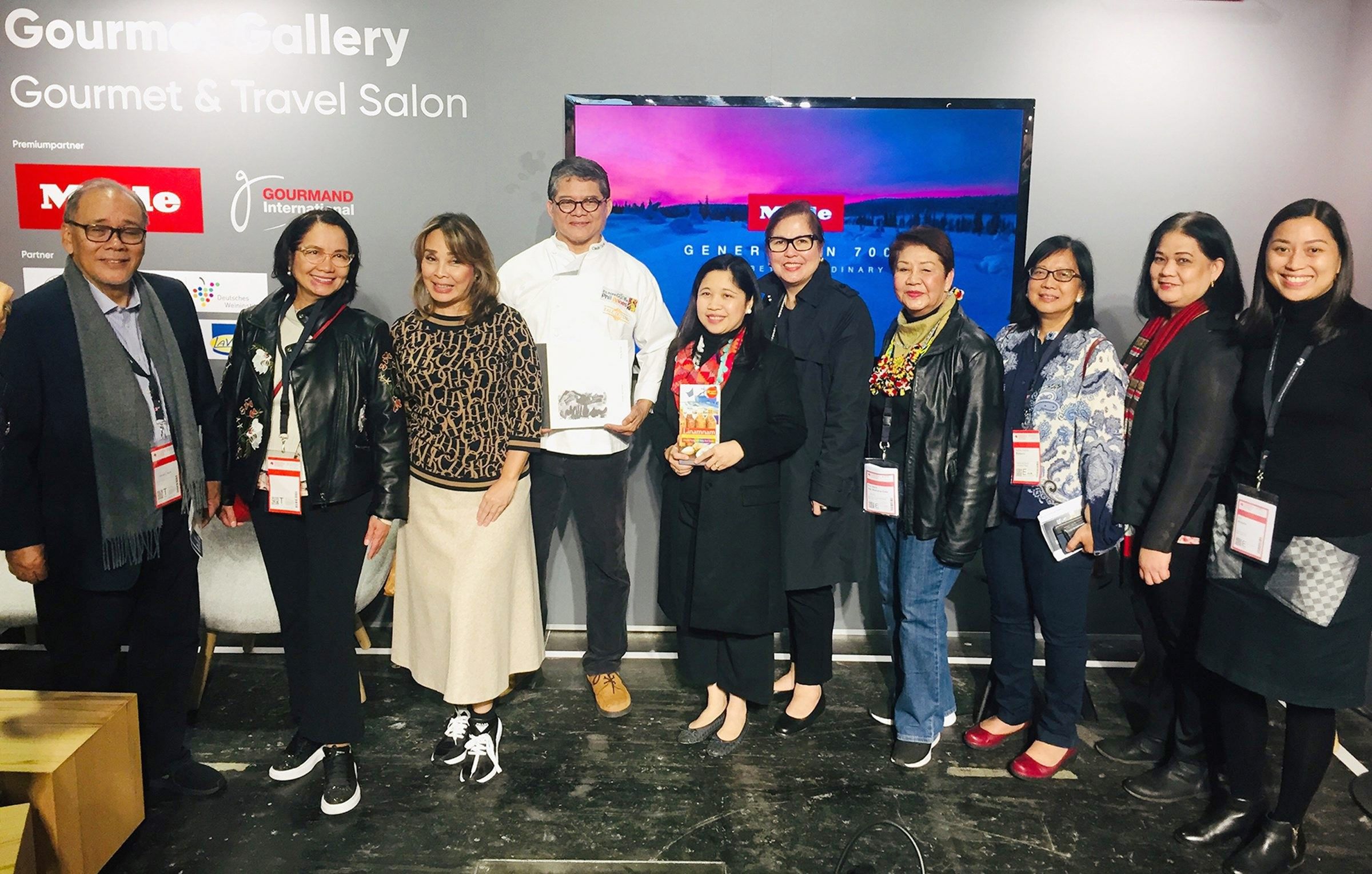 Sometime early June of this year, I received an email from the National Book Development Board (NBDB) to submit a proposal to talk on Philippine cuisine and a cooking demo at the Philippine booth at the Frankfurt Book Fair (FBF) in mid-October 2019. I dutifully did submit it, including all the necessary requirements such as my CV, titles of published books, reviews, etc. Like an auspicious beginning to a successful ending, the news of its approval by the National Commission for Culture and the Arts (NCCA) came on my birthday, Aug. 7. The NCCA is the partner of NBDB in granting sponsorships to the FBF, whether to artists, authors and independent publishers with works relating to children’s literature, women’s writing, Philippine cuisine and speculative literature.

Not too many among the Filipino reading public know of the NBDB. It is a government agency under the administrative supervision of the Department of Education, responsible for developing and supporting the development of the Philippine book publishing industry. Its present chair, Neni Sta. Romana-Cruz, herself an accomplished award-winning author, underscores the importance in joining the FBF. “It is time to draw the world’s attention to our wonderful Philippine titles. We know what our Filipino creative are all about — and that is probably our best-kept secret. The ambition to be the Guest of Honor (GOH) in 2024 at the FBF is the country’s penultimate attempt to showcase our literature, arts and culture and to celebrate its richness — for everyone else to appreciate. Being GOH makes the country the center of focus at the world’s largest and oldest book fair — fittingly in the country where the printing press was invented. In fact, Deputy Speaker Cong. Loren Legarda was the first to lobby for this singular honor for 2024 during her meeting with Dr. Juergen Boos, president and CEO of the FBF. “We at the NBDB, the lead agency for this project, have now identified a list of books for translation into German and have secured commitments to translate at least 100 books by next year,” explained Sta. Romana-Cruz.

Three books at the Frankfurt Book Fair: Representative Loren and the author showcasing Linamnam, Kulinarya, and the latest A Watercolor Journey — a catalog of Tayag’s just-concluded retrospective watercolor exhibition at the National Museum in Manila

She also noted that, since 1998, there has been only token Philippine participation in the book fair because of the high cost involved. But the dry spell of a 15-year absence finally ended in 2015 when then Senator Loren Legarda, as chair of the Senate Committee on Finance, sponsored a bill to support NBDB’s participation at the FBF. “The bottom line is, without Legarda’s help, we would not be in FBM for the last four years; that, for me, is nothing short of a miracle.” says chair Sta. Romana-Cruz. “This year’s booth space has doubled from last year and has a new look designed by Studio Dilalogo, inspired by the colorful banig weaves. In fact, we’ve also invited one of its designers, Abi Goy, to be a resource speaker, who happens to be a children’s book author and illustrator, to speak on ‘Empowering Young Filipinos Through Illustration’ with a drawing session to boot,” she added.

It was over dinner that our congenial conversation led to the good ConGen’s revelation: it was because of Cong. Legarda that the Frankfurt Consulate General opened last February 2019. Then Senator Legarda, as chair of the Senate Committees on Foreign Relations and Finance, sponsored the amendments to the DFA budget allocating funds for the opening of new posts in 2018, including another consulate in Houston, Texas and an embassy in Copenhagen, Denmark.

Likewise, ConGen Evelyn added, under the 2019 budget, Legarda also provided funds for six additional posts to be opened with embassies in Stockholm, Sweden and Rabat, Morocco, while four consulates will be opened in Barcelona, Spain; Nagoya, Japan; Melbourne Australia; and Istanbul, Turkey.

Legarda underscored the importance of the Philippine government’s presence abroad: “This is important not only to project a stronger image in the international community, facilitate trade, cultural and diplomatic relations, but also to help cater to the needs of our kababayan,” she said.

Here’s looking forward to being the guest of honor country at the Frankfurt Book Fair 2024. Mabuhay!