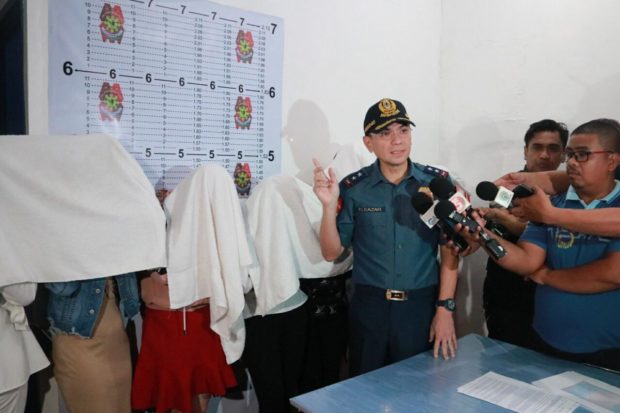 The National Capital Region Police Office – Regional Special Operations Unit (NCRPO-RSOU) on Thursday said Kuang Meiting and Li Xuemei were arrested in an entrapment operation at about 10 p.m. Wednesday in a condominium along Malugay Street in Barangay San Antonio.

Six Vietnamese women were rescued by the police.

The RSOU said the operation stemmed from a report of a tipster on alleged rampant prostitution activities involving foreign nationals in the condominium.

Acting on the information, RSOU operatives and personnel of the Women and Children Protection Desk and the Regional Investigation and Detective Management Division of the NCRPO, and the Makati City Police launched the operation.

The two Chinese nationals will be charged with violation of Republic Act 9208 as amended by Republic Act 10364 or the Expanded Anti-Trafficking in Persons Act. /gsg